2014 has flown by yet I feel like the year has lasted forever. So much has happened this year! As 2014 comes to a close, I want to reflect on my top ten highlights of this year {these are in no particular order}. I did some pretty awesome things that I hadn’t done before and I can’t wait to see what 2015 has in store.

One Lake Tahoe: Matt and his family take an annual trip to Tahoe for two weeks every July. In 2013 I didn’t go and was looking forward to this trip since then. It was such a fun vacation I was crying as we were leaving the inn. During this trip we also got to go to Reno to watch the Dodgers then-AAA affiliate the Albuquerque Isotopes. After the game, I got Joc Pederson and Tim Federowicz’s autographs! It made me so happy! 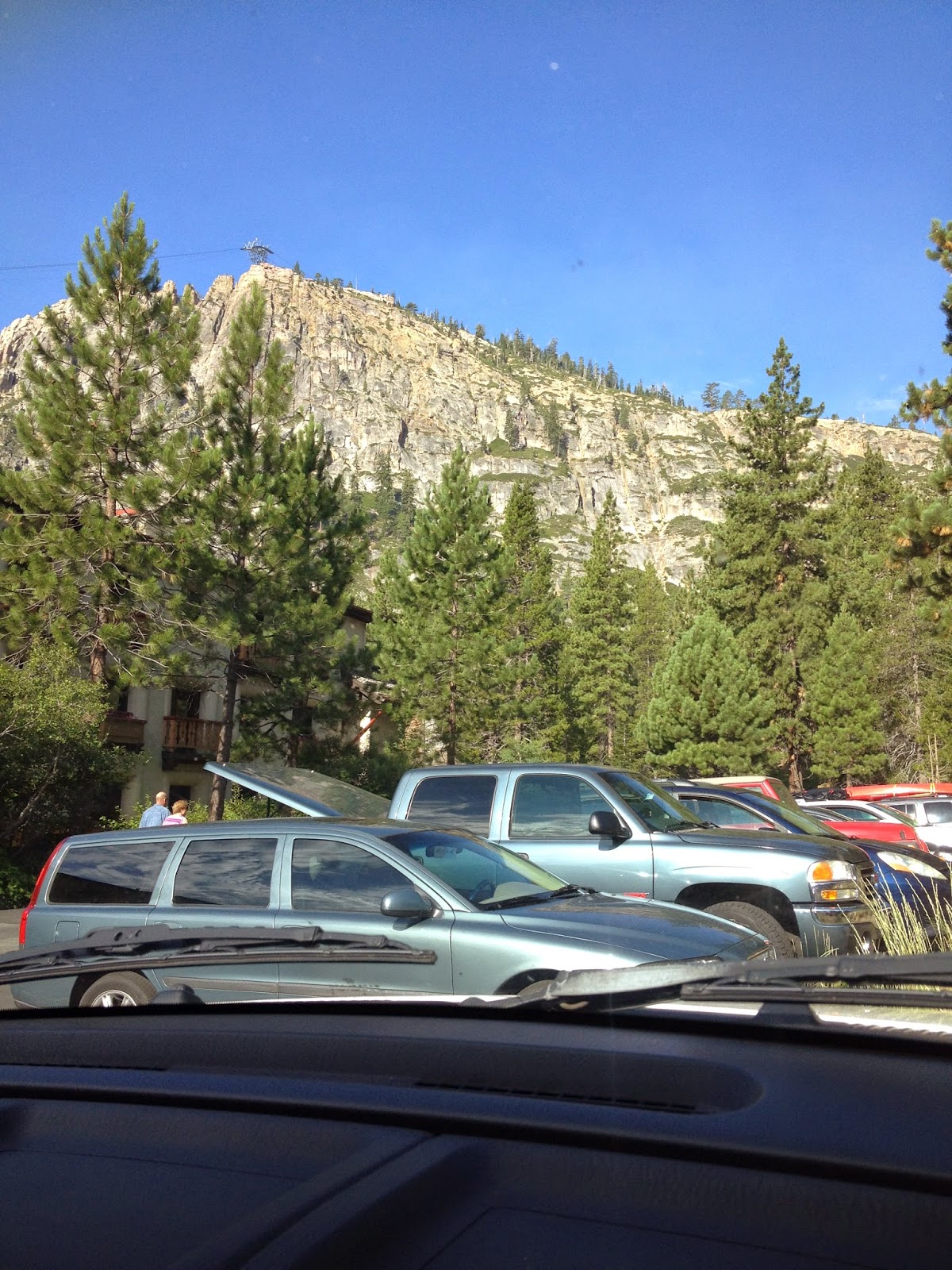 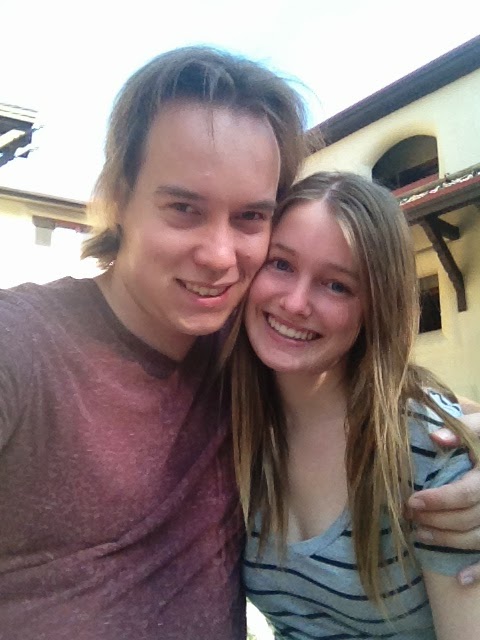 Three | Started my blog: I started this blog after the Tahoe vacation, a few weeks before school started. It is one of the best decision that I’ve ever made. It makes me happy that I have something to work on besides school and can share my interests and likes with you in a way that I love to do, write. Thank you to everyone who reads my blog and shares it, it really means a lot to me!

Four | One year with Matt: On March 9, 2014 Matt and I celebrated our one year anniversary! We went to the Dodgers vs Giants Spring Training game and then went out to dinner later in the day

Five 125th Annual Rose Parade: I’ve watched the Rose Parade on TV for as long as I can remember. This January, I finally got to go see the parade in person with Matt! We got up very early and drove to Pasadena. During the time we were waiting, we befriended a family who was sitting next to us on the curb. They were very nice and polite. However while we were waiting for the parade to get to us {after it had started} we had so many people who just stood in front of us and against the barriers {against what the officers told them}. Because of these people I barely got a glimpse at Vin Scully, the Grand Marshal which was about 90% of the reason we were there. I was peeved. Since they weren’t listening it pushed us back off the curb and squished us between them and people who were trying to move forward. We had enough. The dad of the family we befriended told an officer that we had been sitting there all morning waiting and in return were getting squished by people and guess what? We got to sit on the street {Colorado and Sierra Madre} in front of the barrier, in front of everyone! I was so happy! I was nearly crying! I was so thankful to that family; it shows that if you listen and follow the rules you will be rewarded. 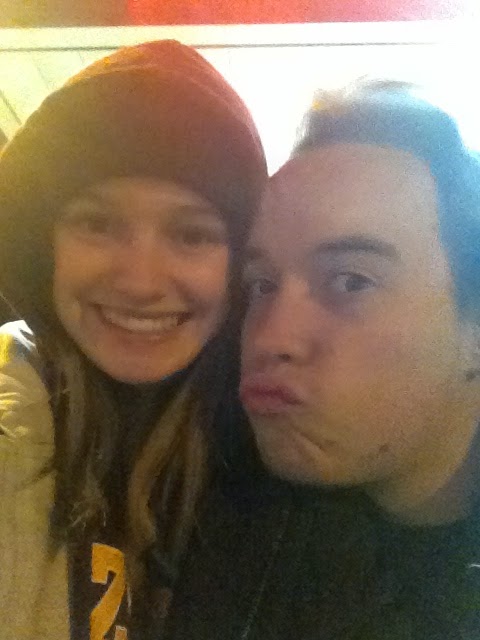 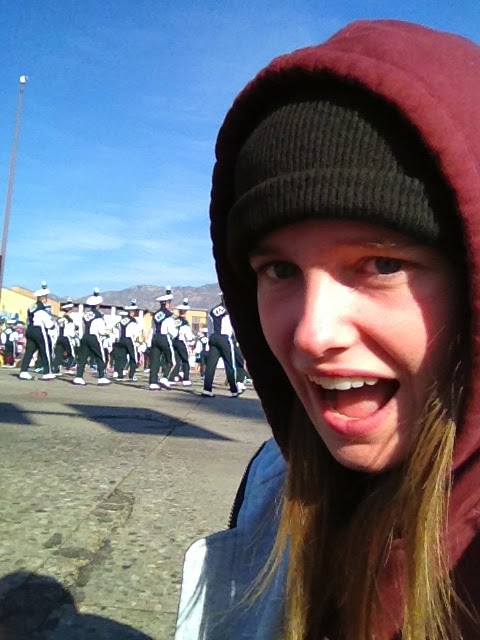 Six Dodger Stadium Tour: I love the Dodgers so when Matt told me we were going to get to tour the stadium I was so excited! Knowing that the tour meant going down on to the field and be able to sit in the Dodgers’ dugout made me so giddy it was adorable! Once thing that I found special was that they named the press box after Vin Scully {Vin Scully’s Press Box} and that we also got to see Nancy’s organ! Overall the tour was so much fun and worth the walking around. 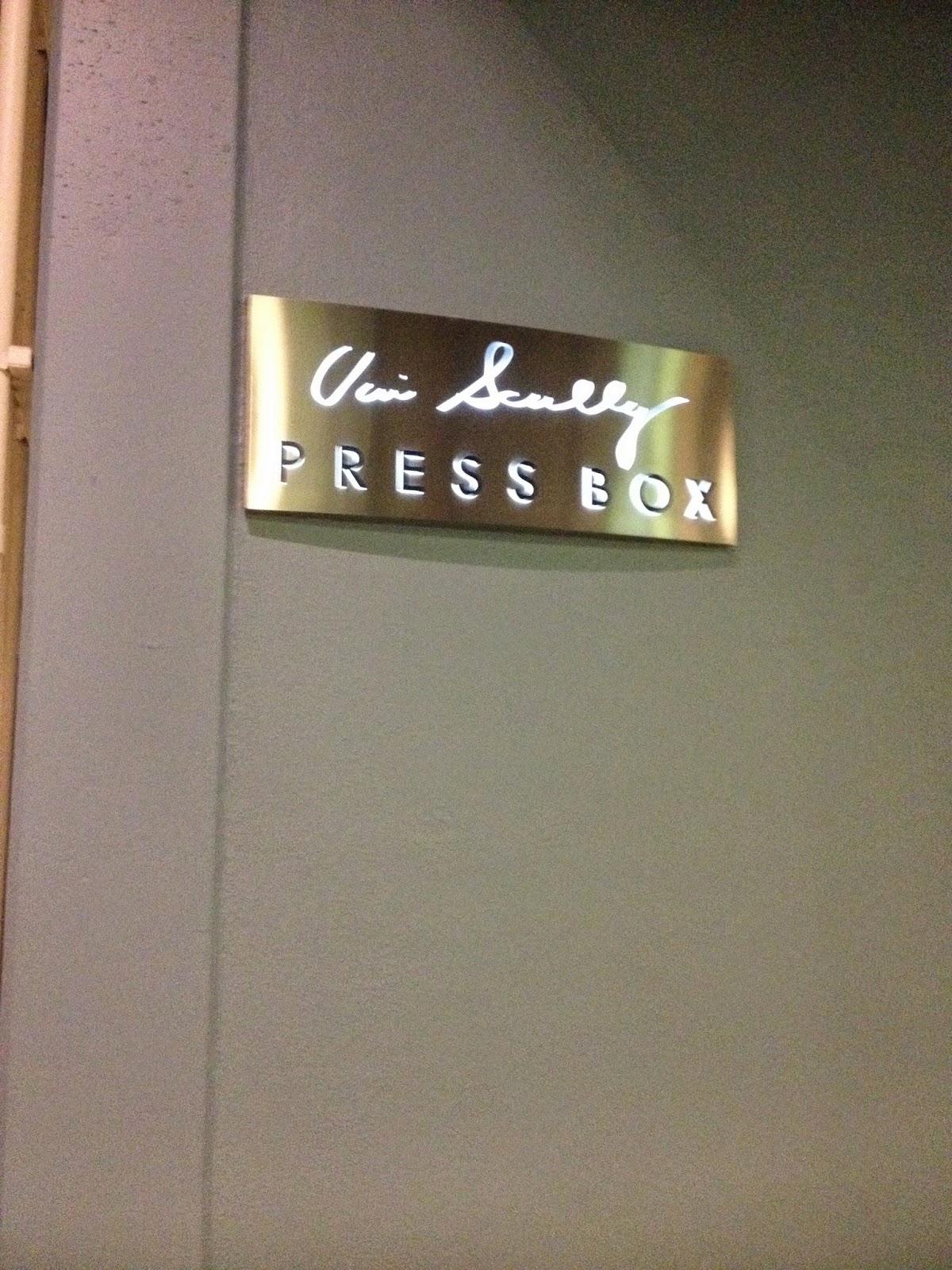 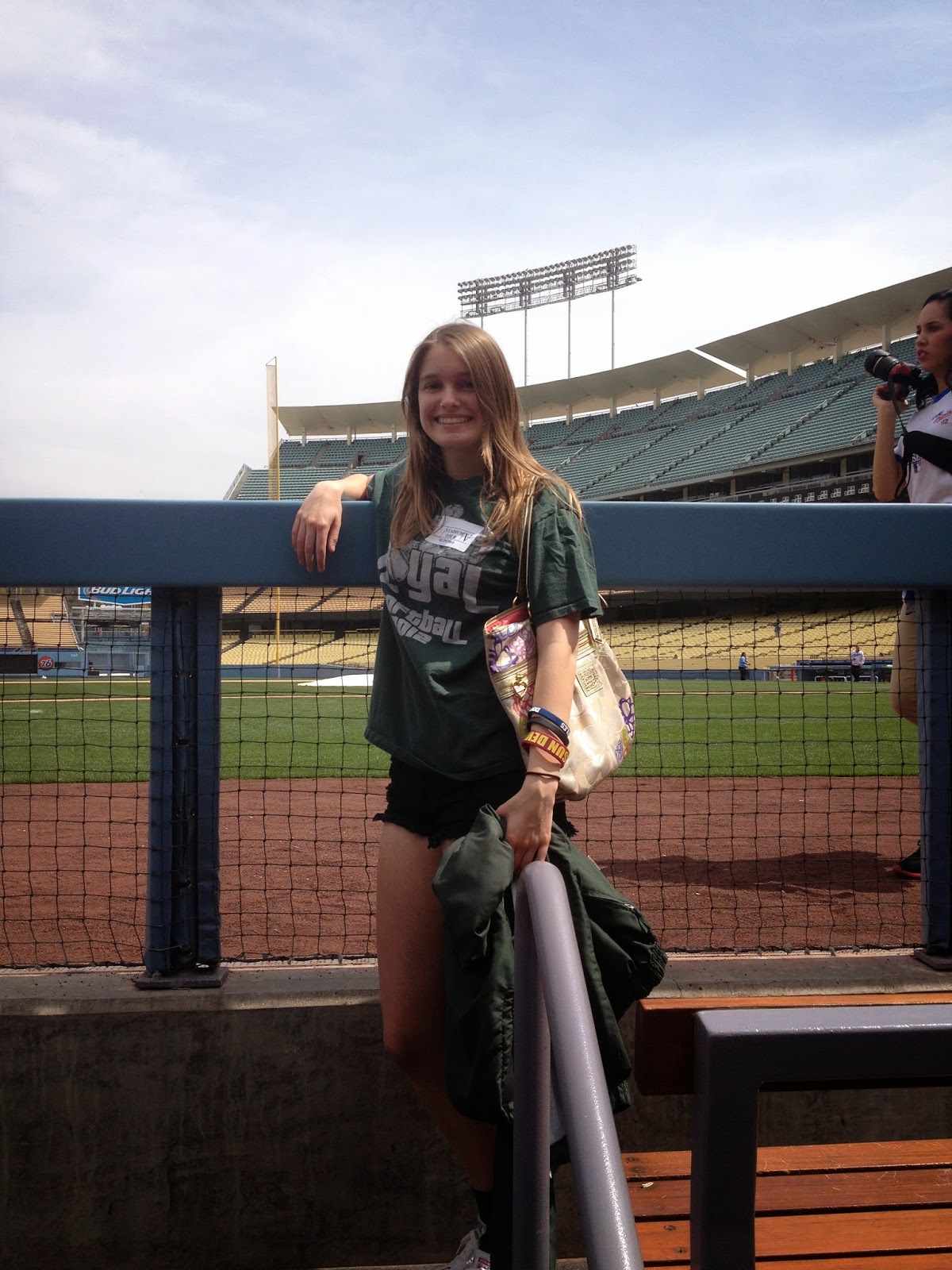 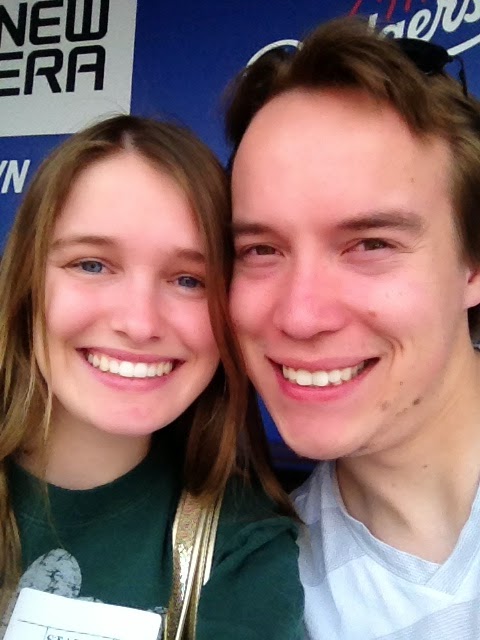 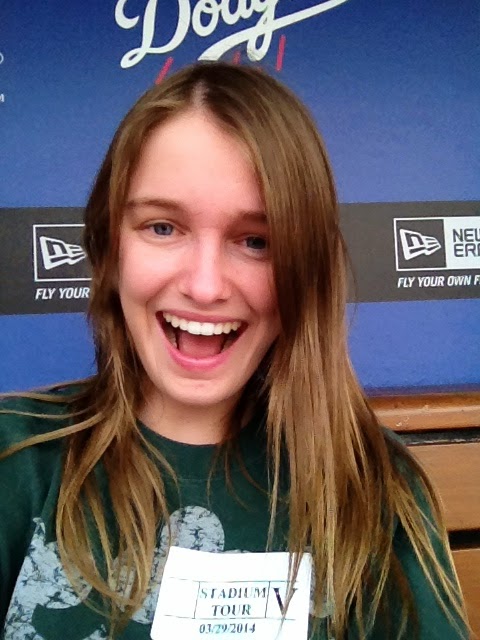 Seven Pentatonix Concert: For Christmas last year I {with the help of Matt’s mom} bought Meet and Greet tickets to one of Matt’s favorite a capella groups, Pentatonix! To go to their concert was cool enough but to meet them and take a picture with them was even better! We even got to listen to them rehearse for a few minutes. We got to stand on the floor about five “rows” back from the front of the stage. If you think they are amazing on their recordings you have to hear them live! They are a great group and very nice people! 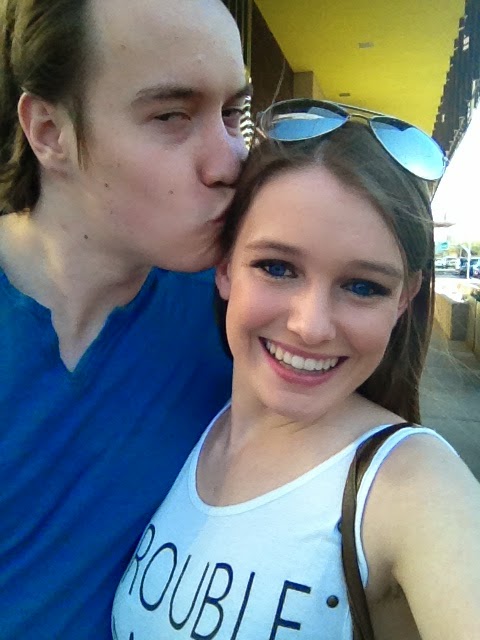 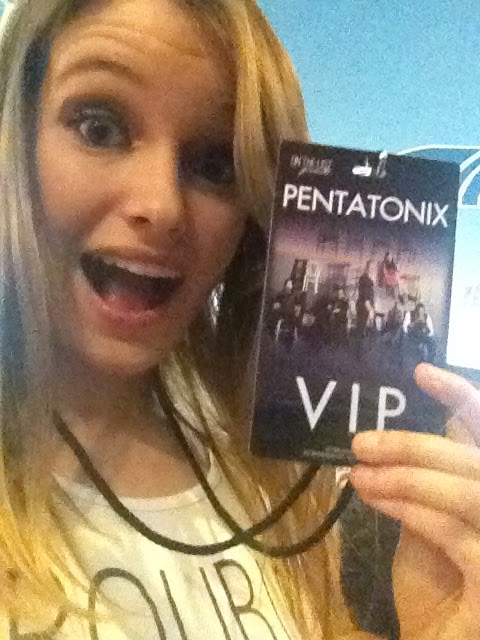 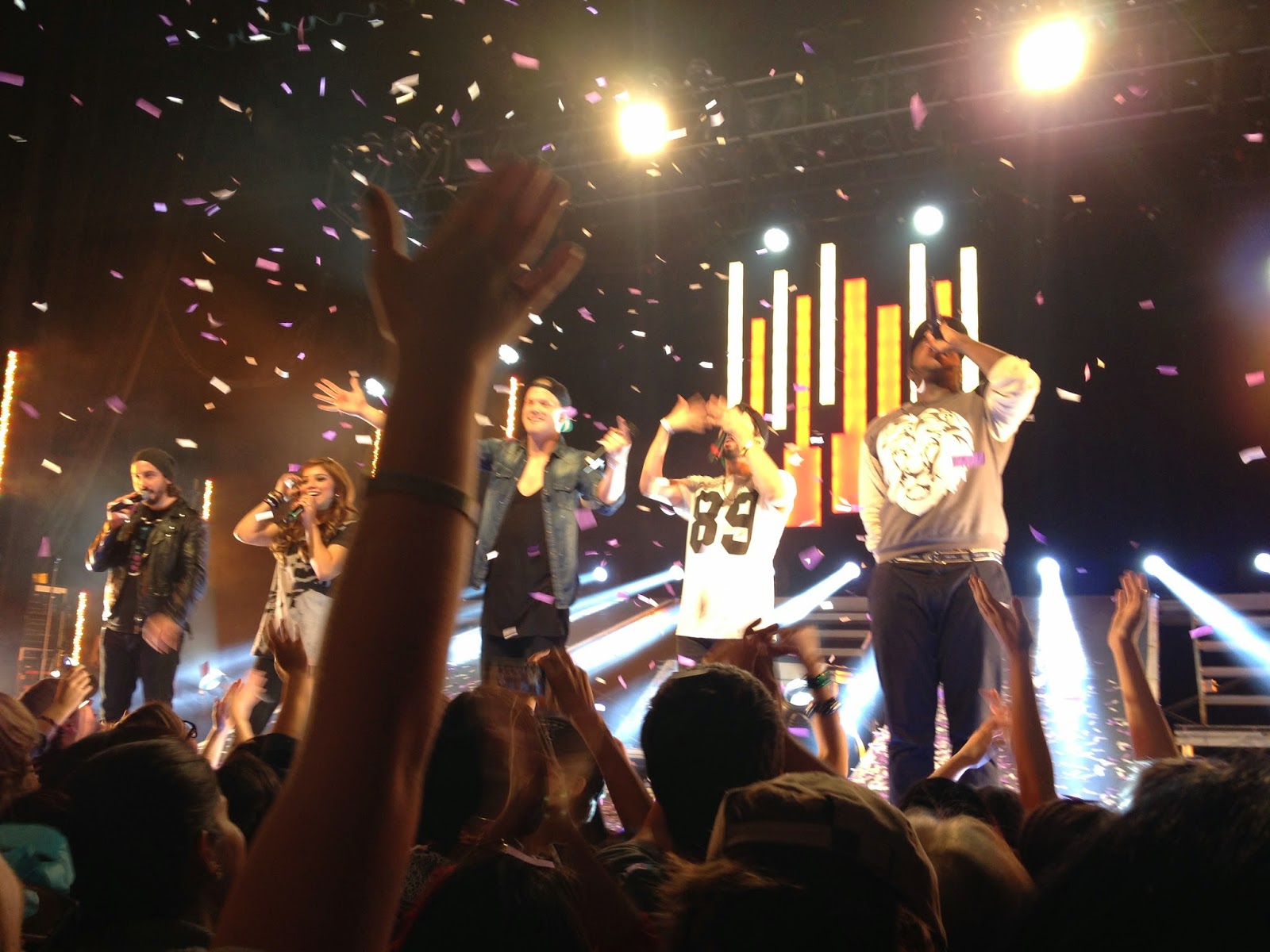 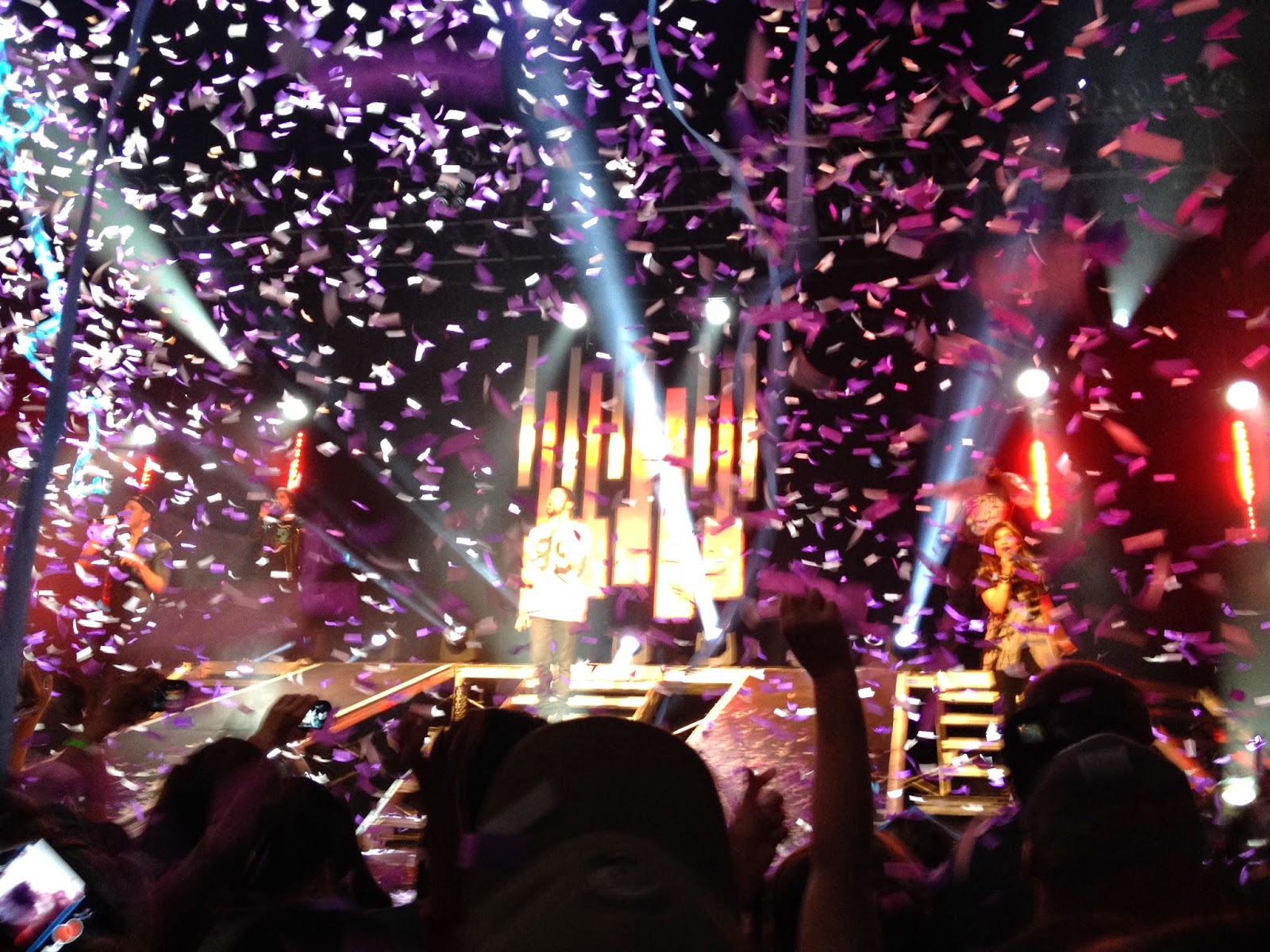 Eight Christmas: I always love Christmas! I wont get too deep into Christmas because I did do a Christmas Review a few days ago. But it was a lot of fun to see my family and hang out with them for half the day! My family is pretty weird {what family isn’t} and the day was full of laughter and smiles. 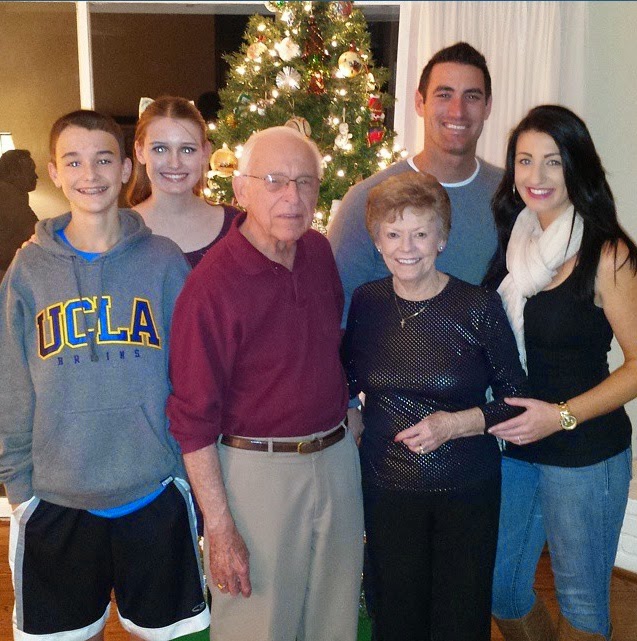 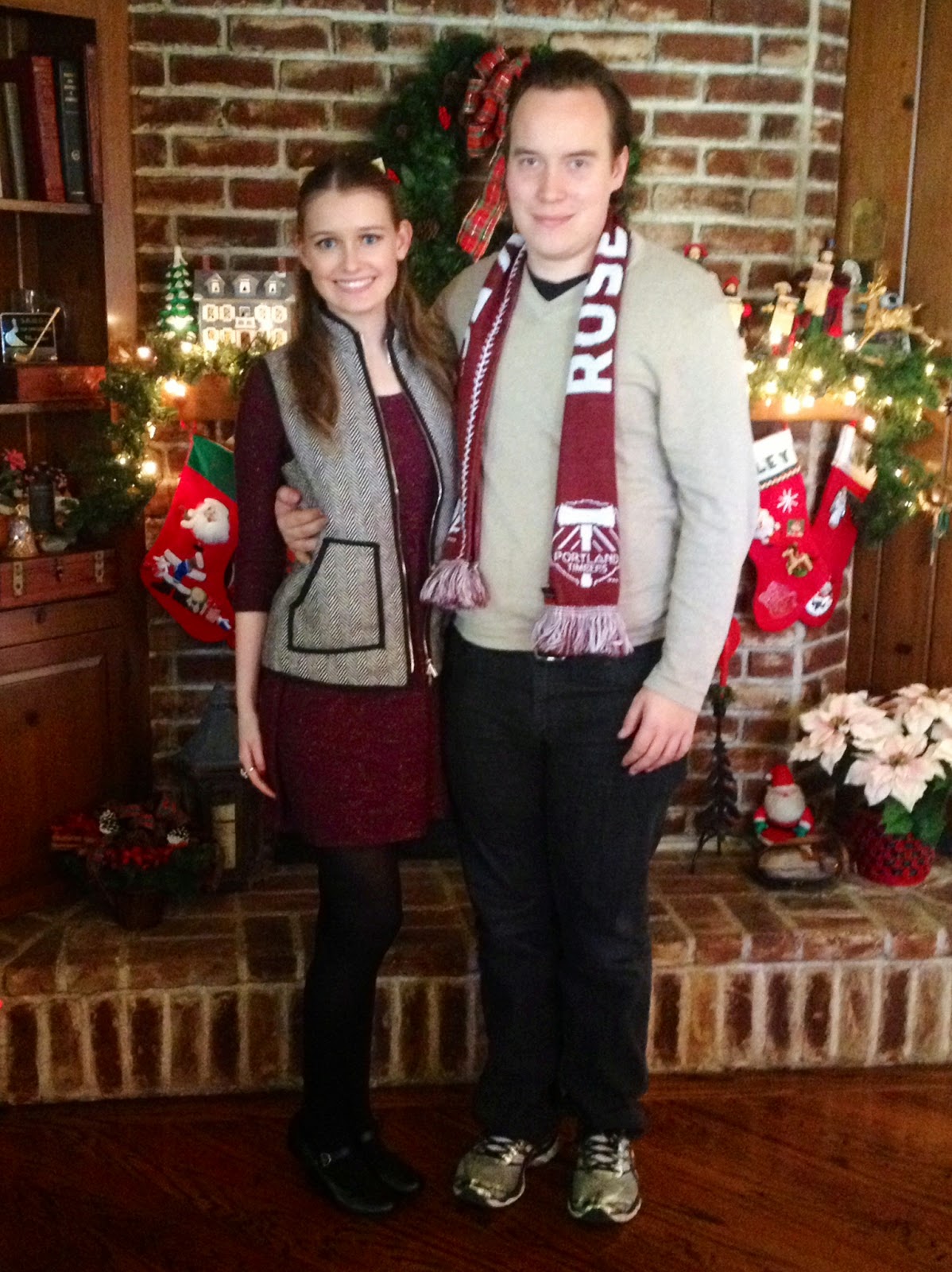 Nine My and Matt’s Birthdays: Yes I’m putting them together. My birthday was October 25th and Matt’s was more recently, December 14th. I turned 19 and he turned 21. We spent both of our birthdays in Arizona but we had fun both days. For my birthday we went to an Arizona Fall League game and then to the Tanger outlets. For dinner we went to Olive Garden; it was delicious. For his birthday we didn’t get to spend that much time together; he had to leave for work at 2PM. We did go to breakfast and only spent $4.00 {including tip}; pre-tip the cost was $1.09 {which was my pancakes added on his slam plus tax}. When we came back to California last week, we went to dinner with his parents for his birthday. We both had fun on both of our birthdays. 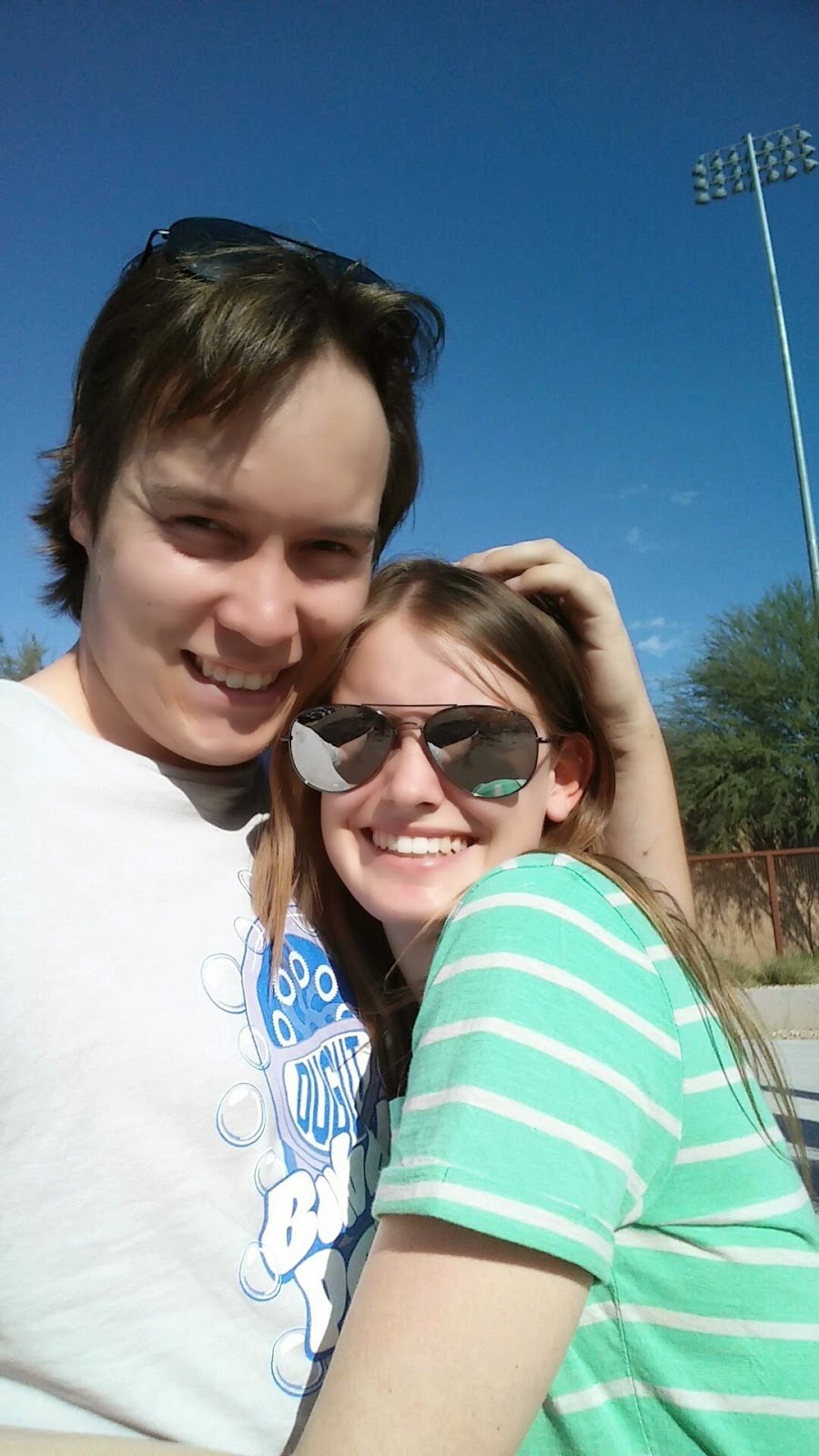 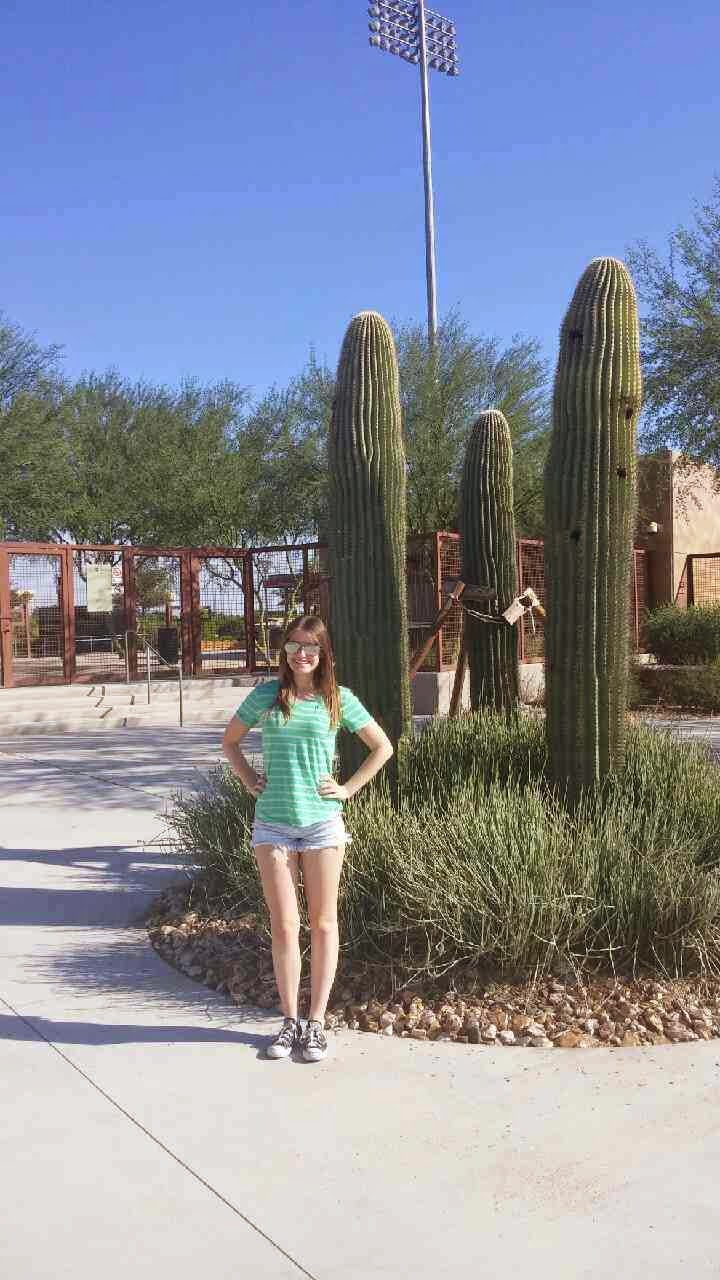 Ten Getting My Jeep: In August my parents got me a 2010 Jeep Patriot so I could drive to school and not have to rely on Matt. Although my favorite Jeep is the Wrangler, I’m very thankful that they got me a Jeep and I still love my car! I even personalized it with my monogram in two places! Thank you guys for the car! 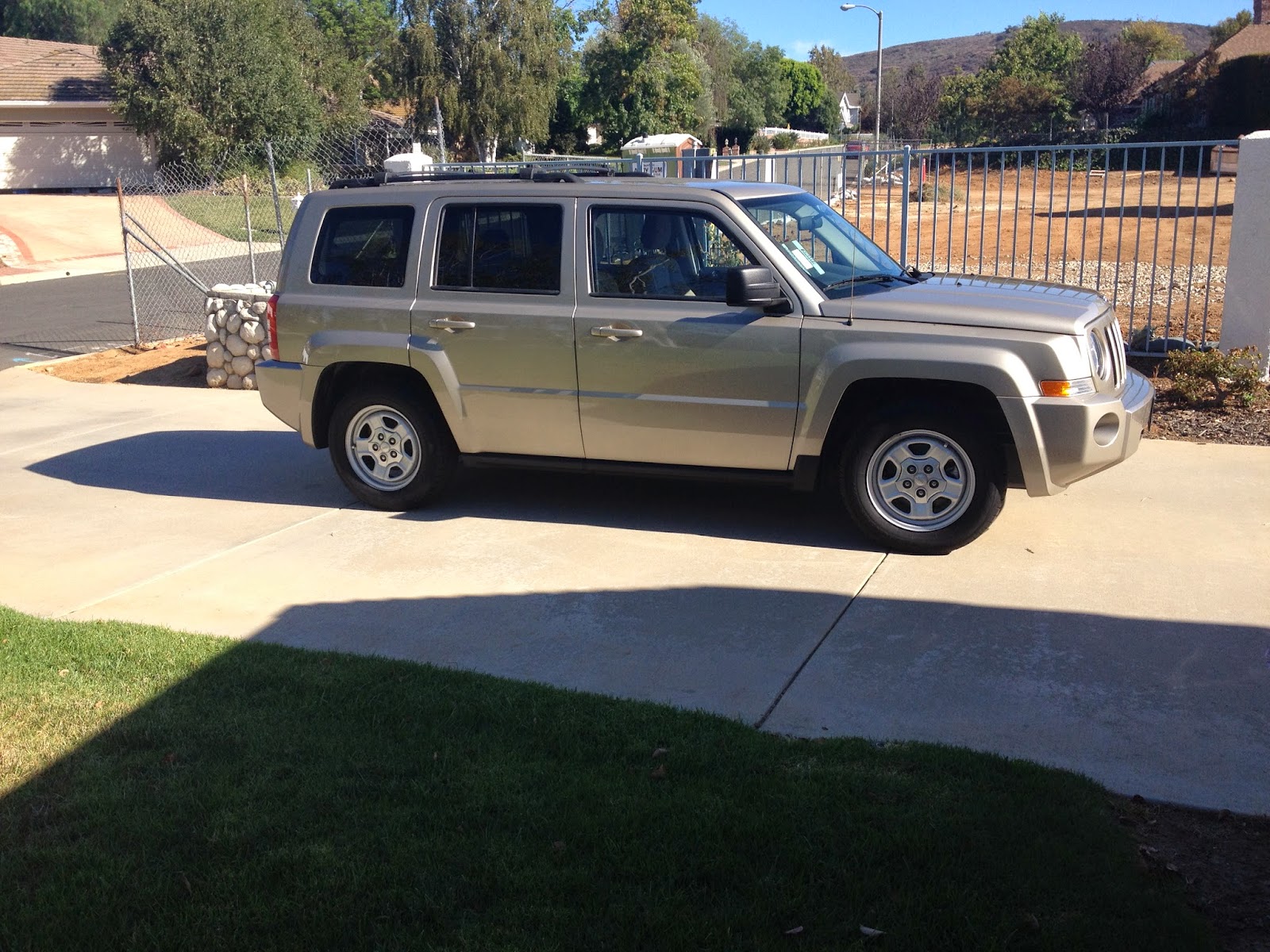 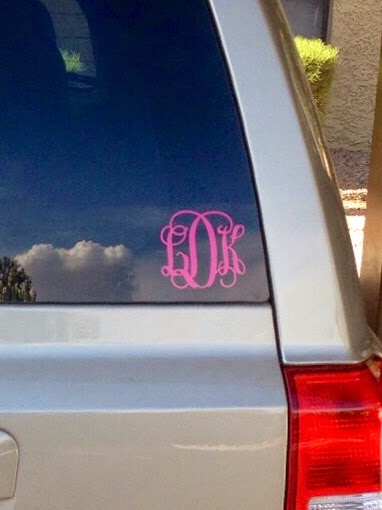 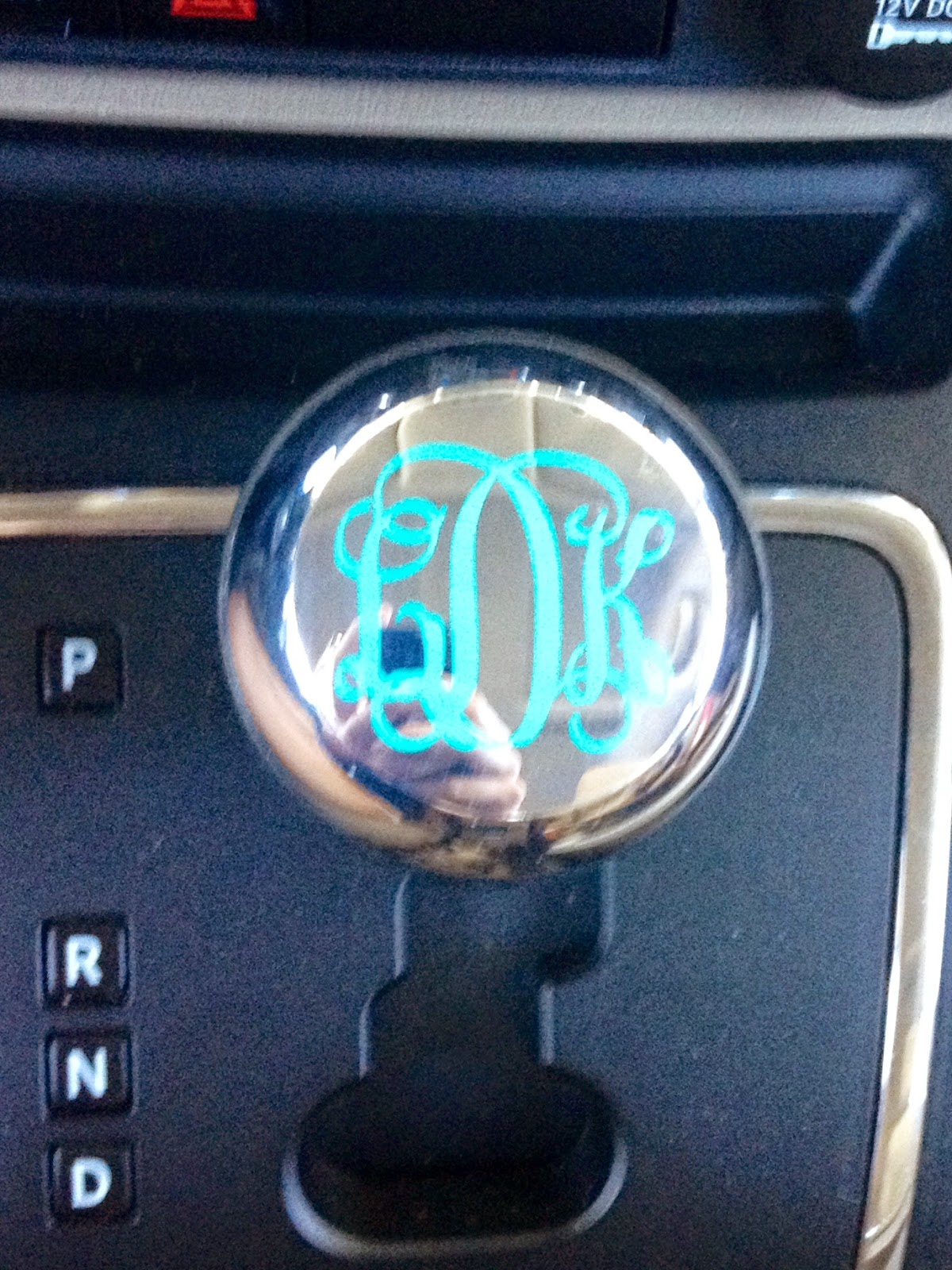 There will be a lot more pictures in tomorrow’s post! Stay tunes!

What are your top 10 memories from this year?