The past two out of three Mondays have been pretty awesome. {Last Monday was not awesome, Matt was sick}. Two weeks ago Matt and I went out to Pinal and saw some of the planes at the Pinal Air Park and this past Monday we went out to Goodyear! It was pretty cool! 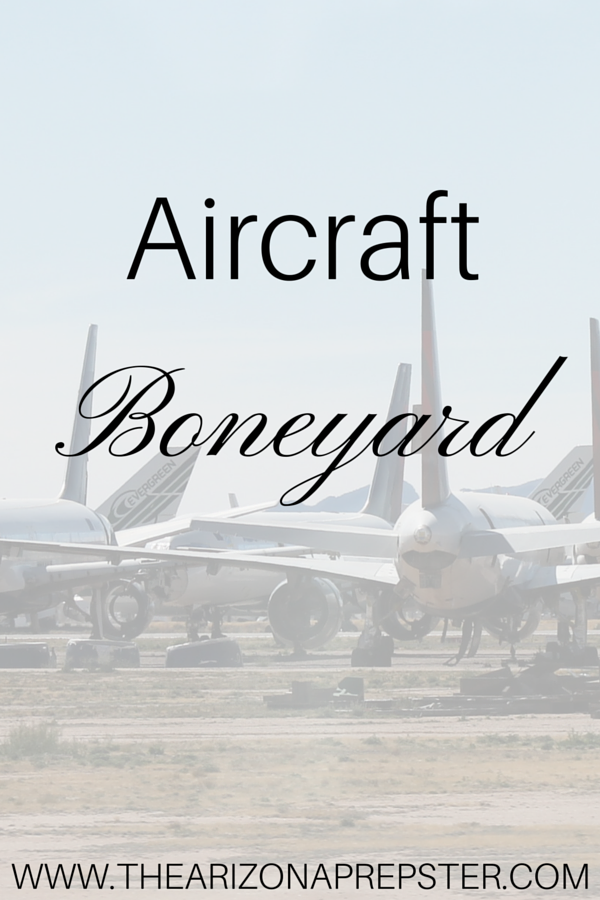 Matt and I are what some may call aviation geeks {#avgeeks}. In my defense {do I even have one} he is the one who opened my eyes to the world of aviation, beyond annoying travel in cramped planes. Ever since, I have found airplanes to be fascinating, it’s weird. These planes go out here to basically die and seeing it is quite interesting. 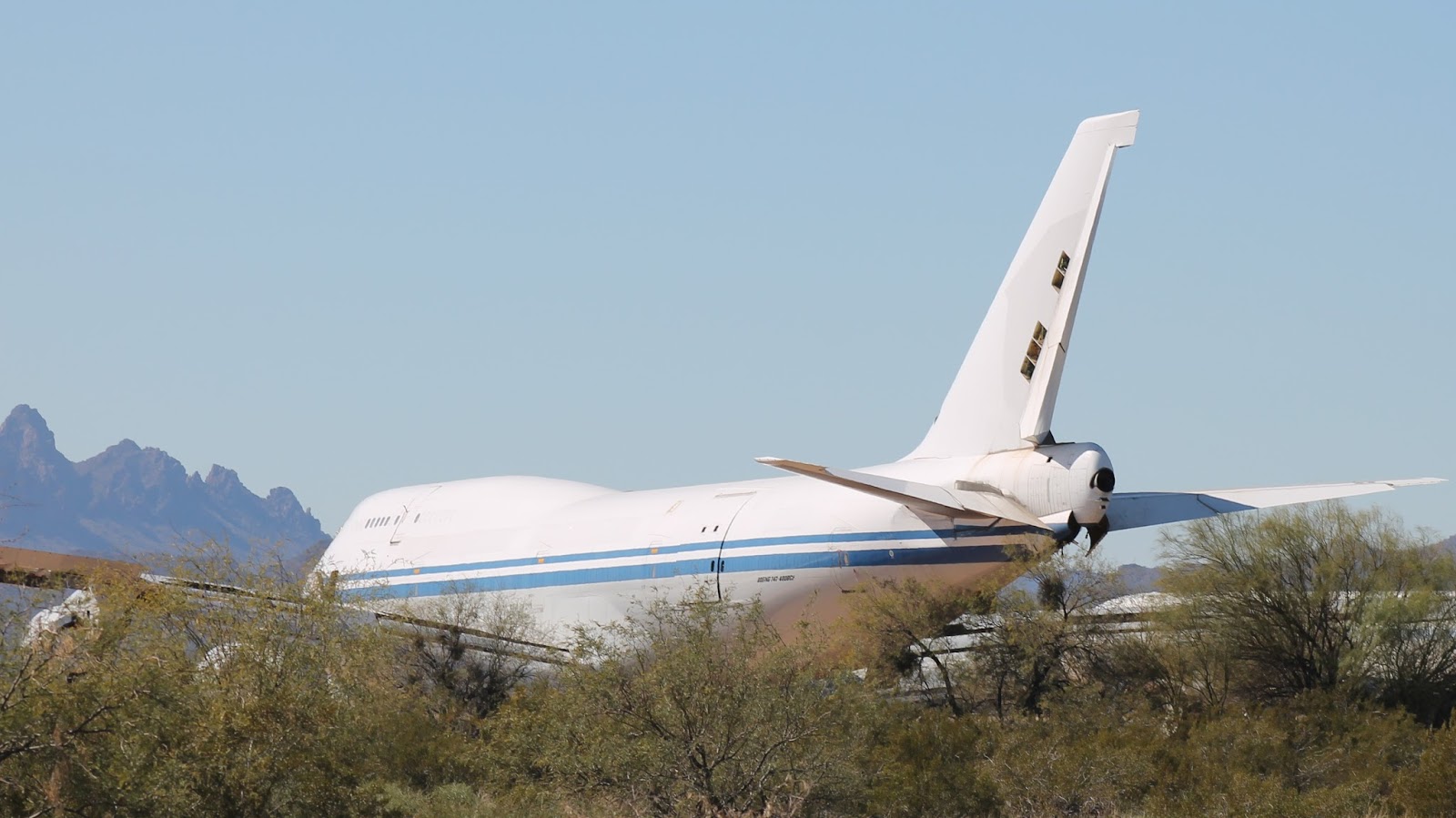 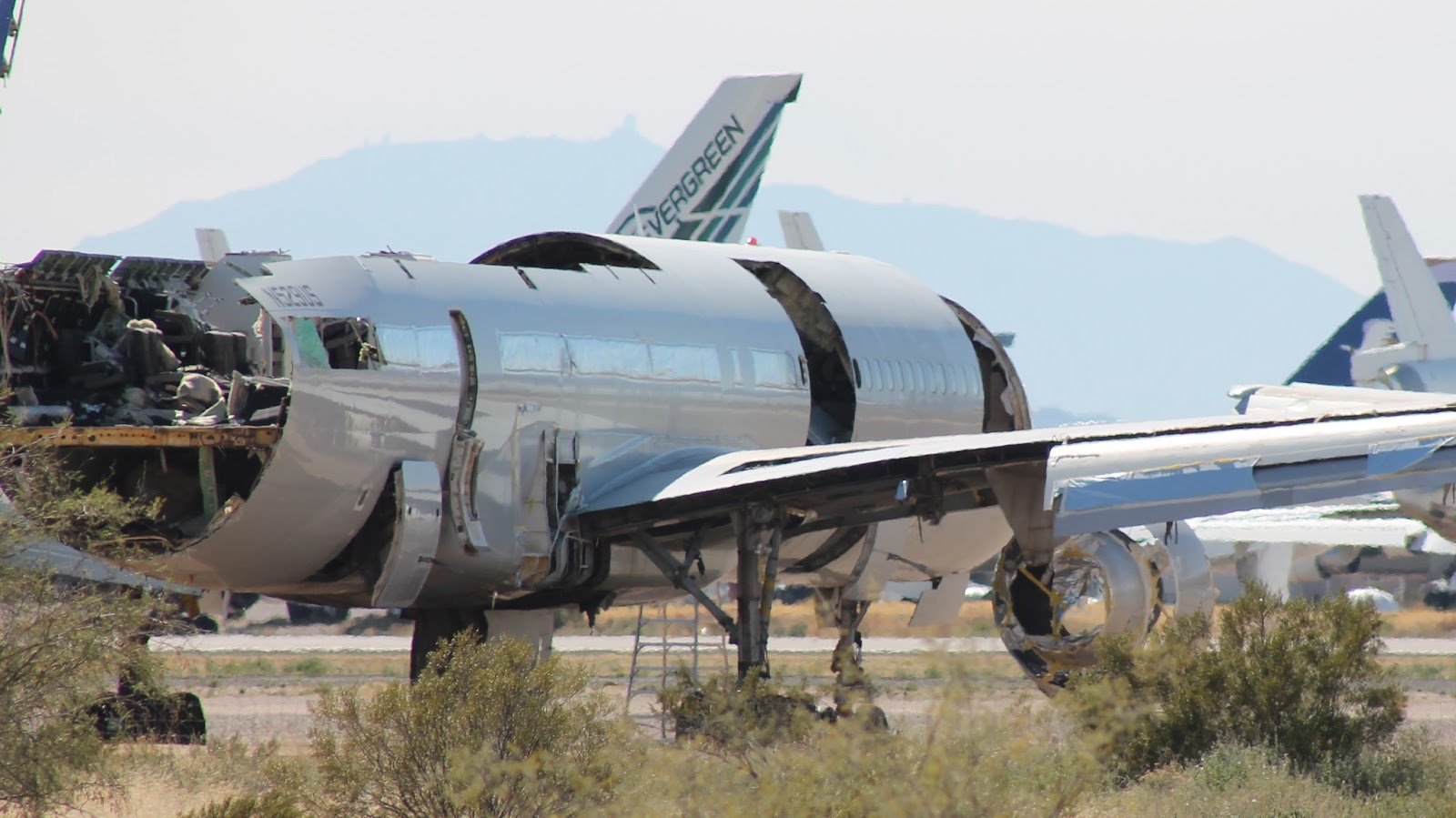 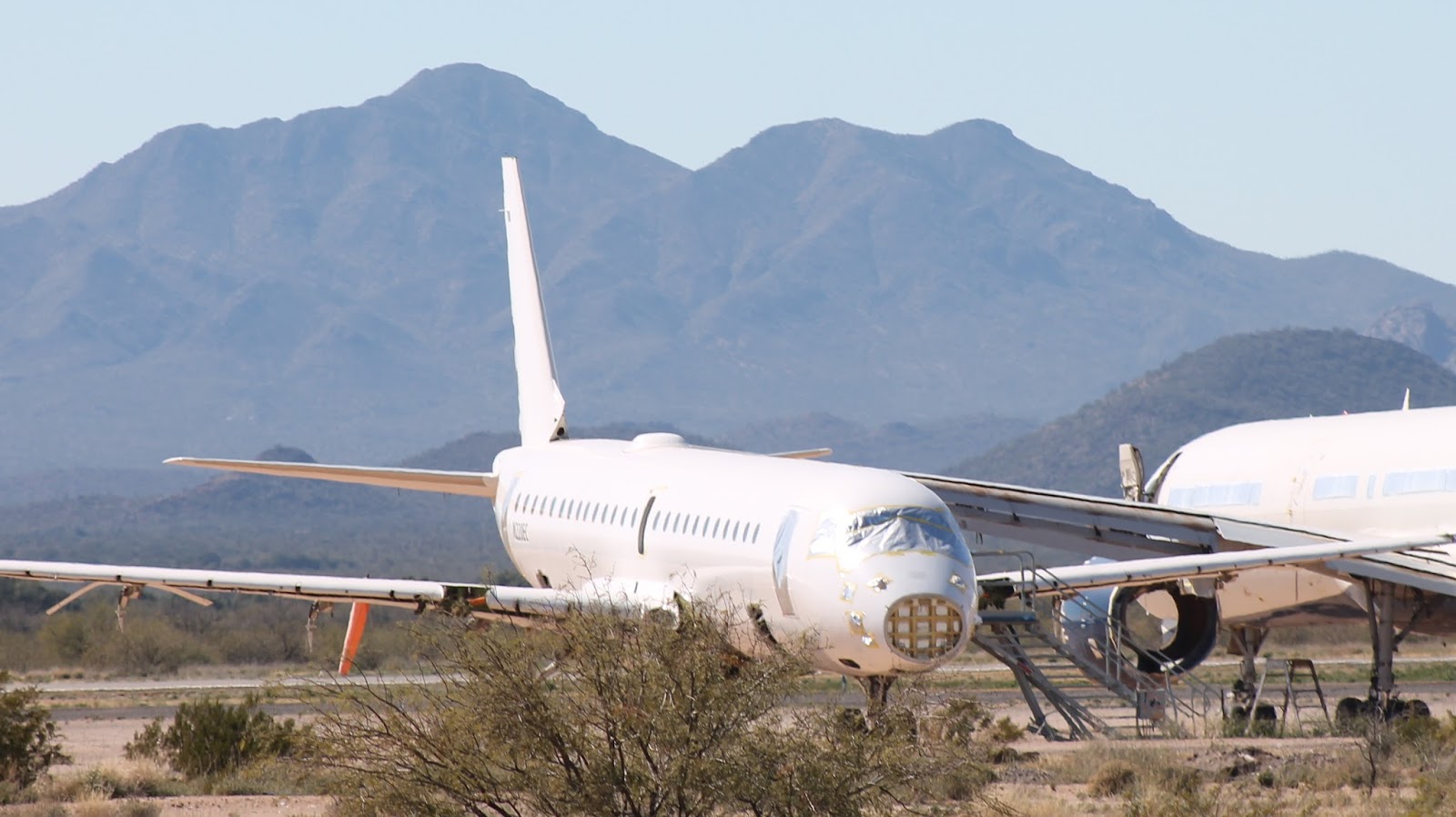 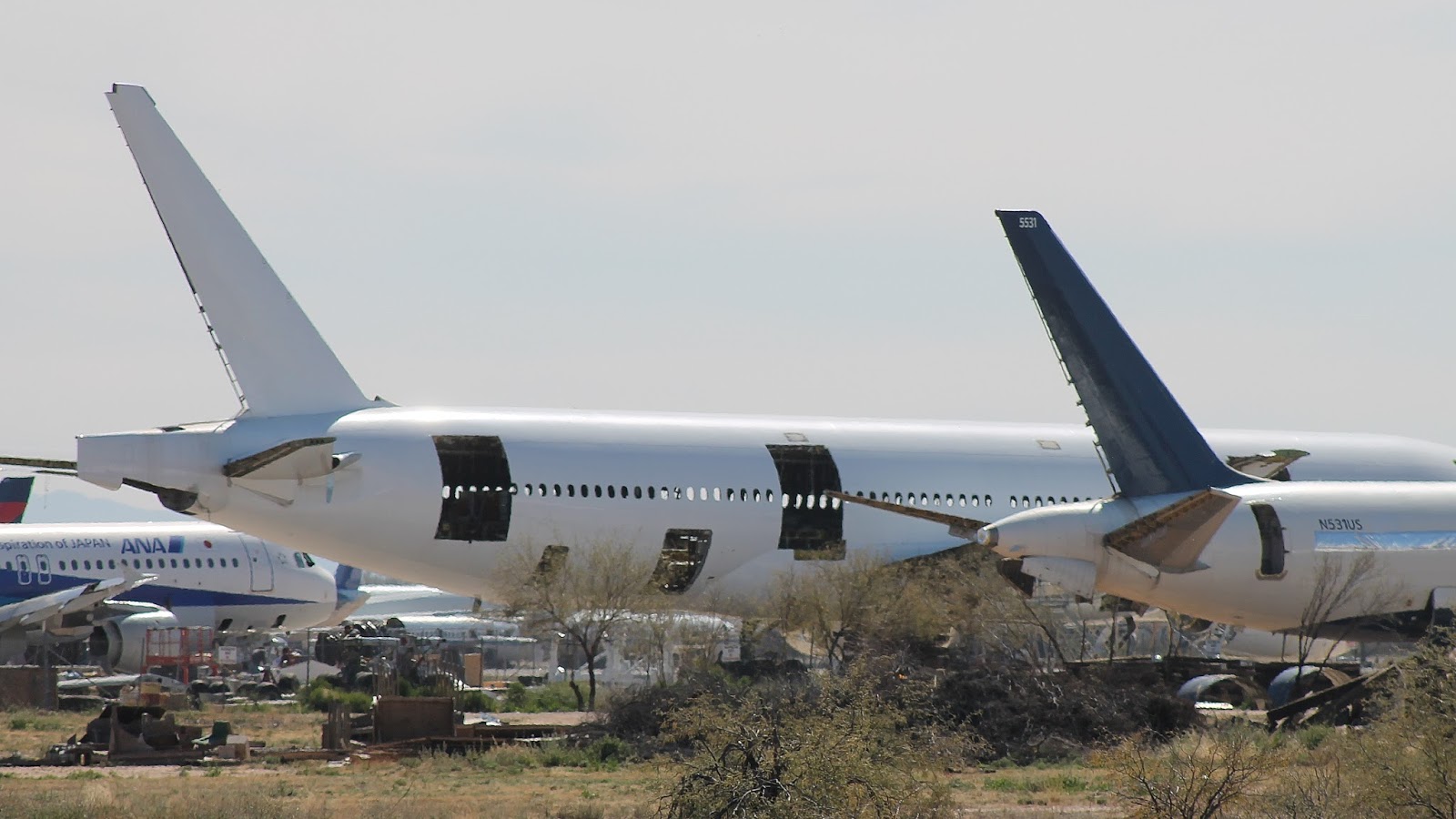 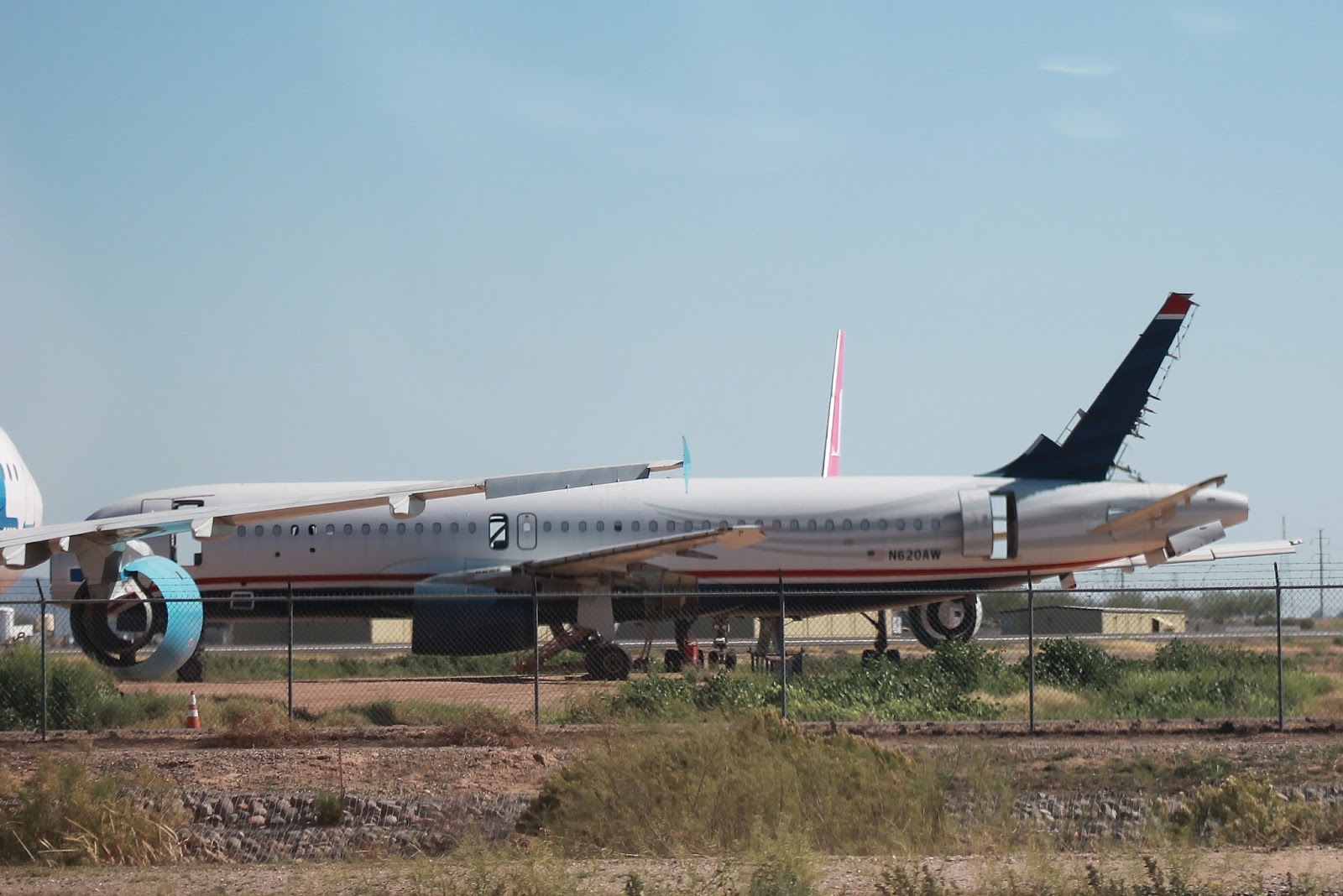 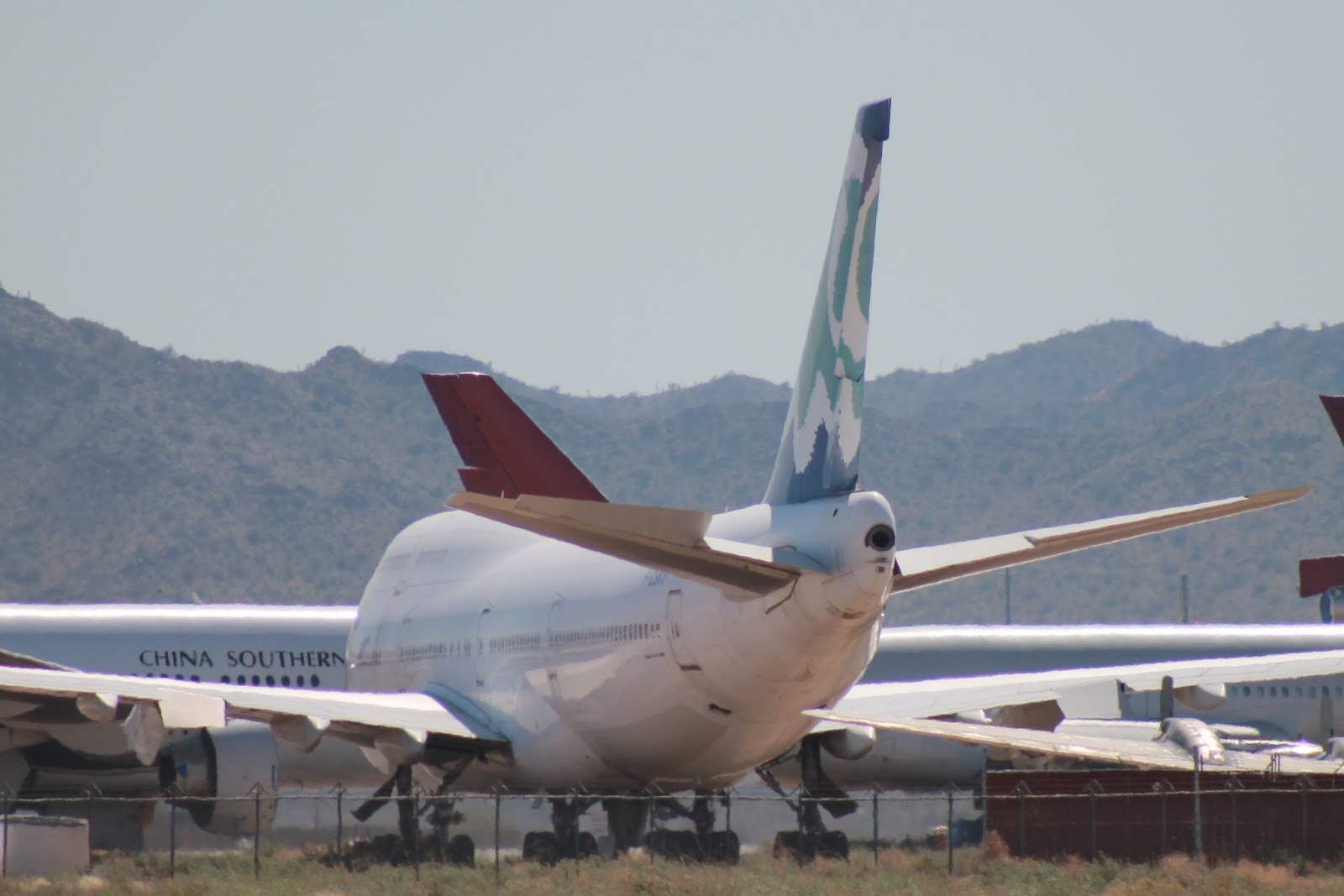 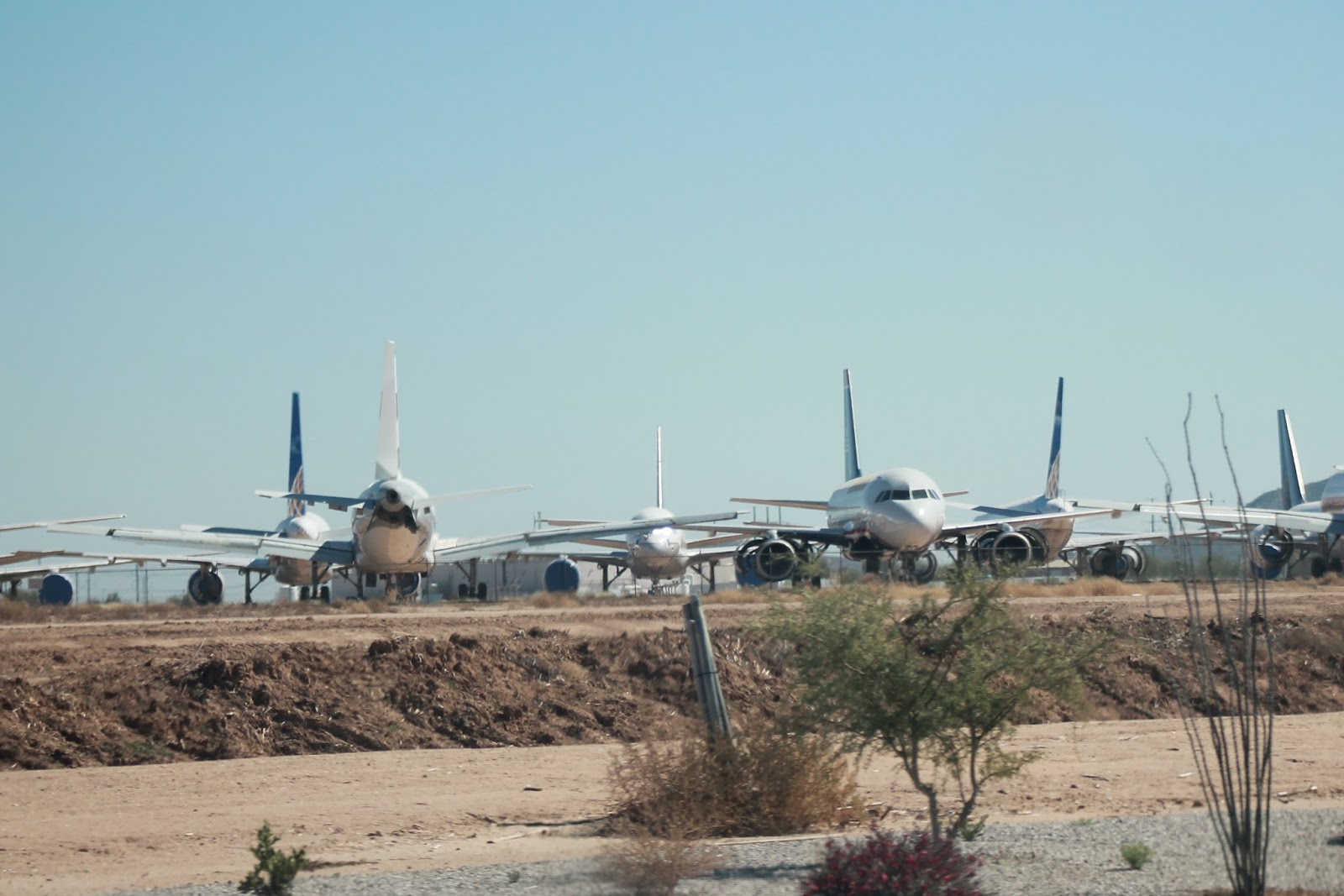 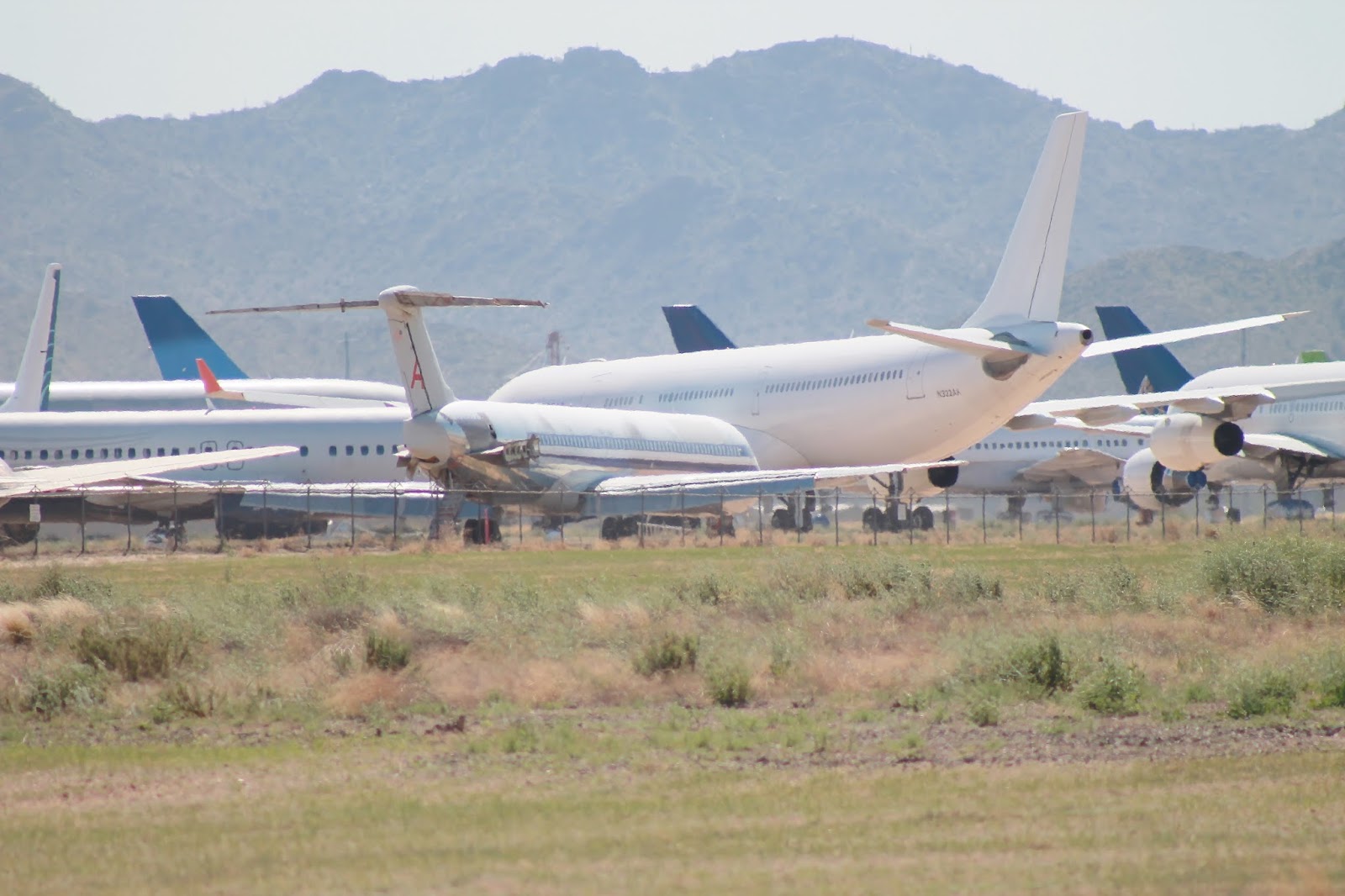 It was so much fun getting to see these planes. They’re all unique in their states of “decomposition”. Like the second picture where the fuselage is totally destroyed, or the fifth picture where the US Airways tail is basically completely gone. It’s fascinating that these planes go through this. On the other hand, what else would happen to them? We can’t bury them, but just think about it. They just sit out in the sun, for forever. That’s it!

Have you ever thought about what happens to airplanes when the retire out of service?