Hey there! Today I wanted to share my April 2018 blog traffic report. I got back into blogging in the middle of March and continued through most of April. I say most because I took a little break while I was doing new hire training at work. But, I was pretty consistent this month. 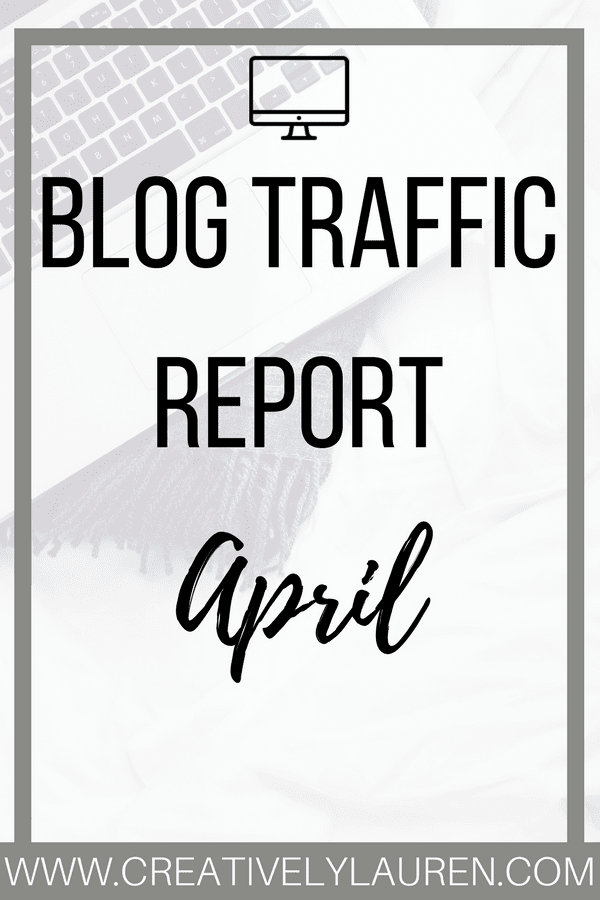 This month I had 877 sessions that resulted in 1,176 pageviews. That is pretty well for the month. I actually had the same amount of page

For Twitter, I ended the month with 18,348 impressions and 958 followers, which is in line with last month. My follower count has stayed about the same.

I still am using Google Calendar and IFTTT to schedule my tweets for me. I do need to go through and refresh the tweets though, that is probably why the follower count is stagnant.

I also ended the month with an average of 55,587 monthly viewers and 2,825 average monthly engaged users.

I did not use Tailwind at all, I canceled my paid plan because I wasn’t using it. This is from me manually pinning my pins when I could and then Pinterest just doing the rest.

I decided that I wanted to show the analytics that shows only pins from my website as well. So, my pins get 1,333 average daily impressions and 1,133 average daily viewers. We’ll see how this goes.

I ended the month with 485 visits and 763 listing views. I also had 120 favorites, 31 were shop favorites and 89 were listing favorites. This month I had 7 sales so I would say it was slower than last month but still pretty good. 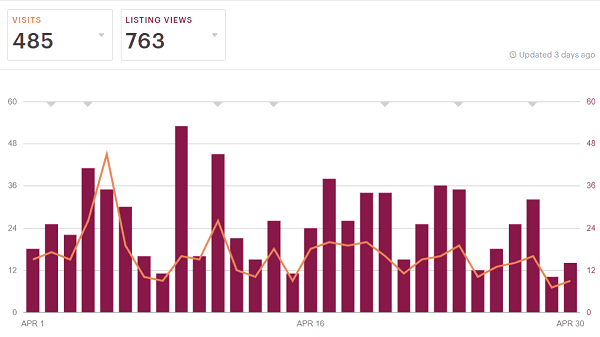 Hey there! I know I skipped October’s traffic report, and I’m so sorry that I did. I know y’all love…

Hey, there friends! With another month gone by, it is time for another monthly traffic report! I share my traffic…

TGIF! You may have noticed that the blog has taken on a new name. Formerly, I blogged under the name… Hey there! Today I wanted to talk about something a little different. This is something that is going to go…

Happy hump day! I didn’t actually have a post scheduled for today but I got an email nominating me for…