Hey there! Today I wanted to share my August 2018 Blog Traffic Report. This one is kind of interesting, as I had a post go viral on Pinterest at the end of the month! 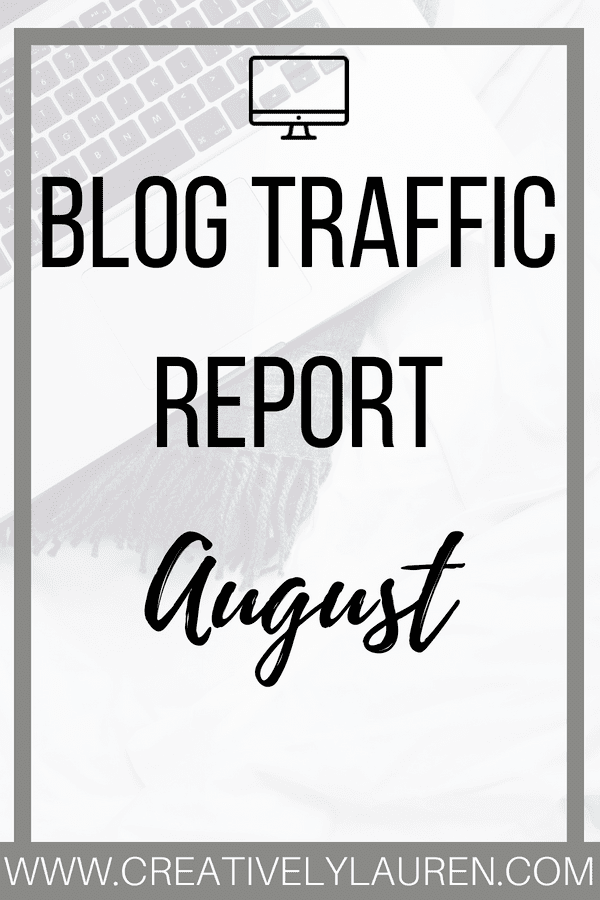 This month I had 2,676 users and 2,872 sessions that resulted in 3,485 pageviews. This is the best month I have had in a long time and it is because, on August 28, I had a post go viral on Pinterest, as you can see with the spike in traffic. My “Why You Should Have a College Binder” post, went viral, which is awesome!

For Twitter, I ended the month with 13,800 impressions and 975 followers, which is on par for my normal months where I let me Twitter auto-post.

I still am using Google Calendar and IFTTT to schedule my tweets for me. I did finally go through and change up the content that I wanted to share. I can’t wait to see how it helps (or maybe not)!

I ended the month with 68,208 impressions and 54,013 viewers total for the whole month. That rounds out to an average of 2,200 impressions and an average of 1,742 daily viewers for all of my pins. I also ended the month with 1,637 followers, which was an increase of 101 followers from last month, which is the highest increase in followers I have had in a while!

I also ended the month with an average of 93,674 monthly viewers and 5,661 average monthly engaged users. That is on par with last month.

I did not use Tailwind at all, I canceled my paid plan because I wasn’t using it. This is from me manually pinning my pins when I could and then Pinterest just doing the rest.

I decided that I wanted to show the analytics that shows only pins from my website as well. So, this month I got 91,470 impressions and 78,815 viewers. That means that my pins get 2,951 average daily impressions and 2,542 average daily viewers. You can see that there is a significant jump on August 28, as I mentioned earlier, that’s because one of my pins went viral.

I ended the month with 564 visits and 738 listing views. I also had 42 favorites, 1 was a shop favorite and 41 were listing favorites. This month I had 3 sales which is on par with last month. 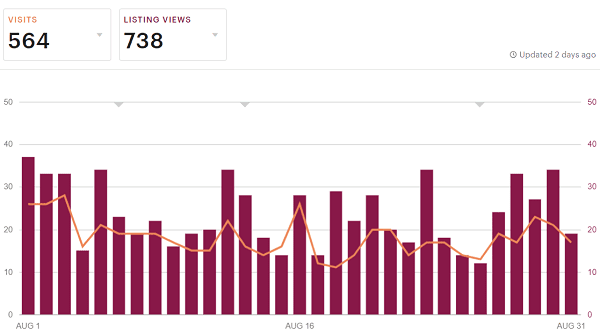 Hey there! Today I wanted to share my May 2018 blog traffic report. I was consistent in posting on the…

Happy Monday! I’ve decided that I’m going to be starting something new, and share the traffic that my blog receives….

I can’t believe it’s already been four months since I’ve started this blog! I feel like it’s come a long…

Happy Monday everyone! With the 2015 baseball season coming {trust me this is relevant} I have decided to create a…