Hey there! It’s already the beginning of October and that means that it’s time for another blog traffic report! Every month I share my traffic stats to show what my numbers are, how I use social media to drive traffic to my blog and to share that it’s okay to have lower numbers. Many traffic reports show these big numbers and make newer bloggers feel disappointed about their numbers. Remember, it’s not always about the numbers. You can have lower numbers but a tight-knit community. Stop comparing, and do you! 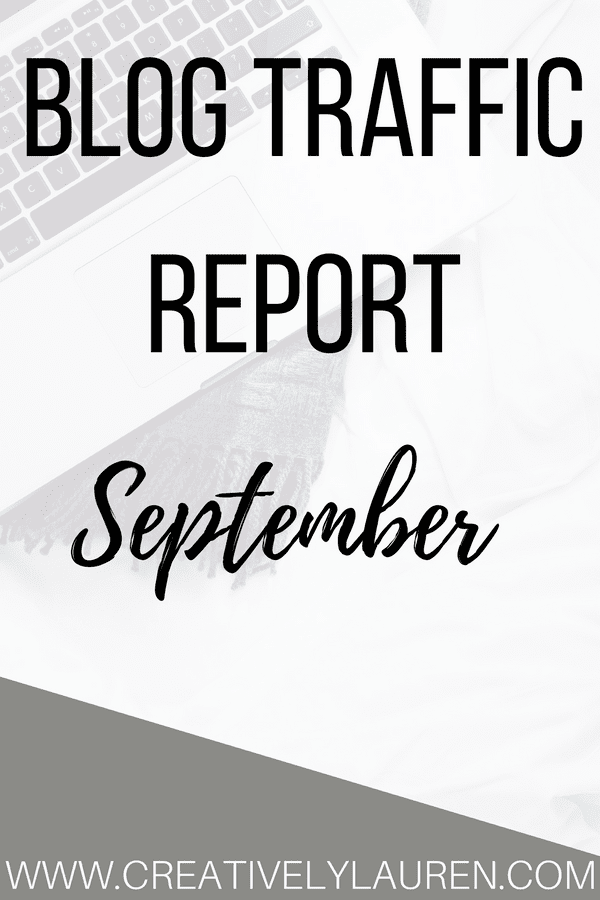 So for the month of September, I had a pretty big drop in traffic. I don’t know if it was a slow month, or if how I had changed my Twitter scheduling had anything to do with it. All I know is that I had a significant drop in traffic over the month of September. I stuck with my once a week posting, I think that had something to do with the drop in traffic. Even if that is the case, I’m still going to stick with the once a week posting for the time being. It keeps the stress lower since I’m still finishing up my final semester.

For Twitter, I ended the month with 62,100 impressions, a steep decline from last month. I ended with 839 followers, up only 13 from last month. This month used the post every hour strategy, however I did change it again for the month of October, so we’ll see how it goes.

So this month I had posted every hour, from 7am to 12am the next morning, alternating between my content and others’ content. I don’t know if decreasing frequency was a big reason behind it, or if it was just slow on Twitter.

At the end of August I did Melyssa Griffin’s Triple Your Traffic Challenge and was all about Pinterest. I definitely believe that is where the followers came from. I really tried to implement the Pinterest SEO that Melyssa talked about to try and get my pins more visible. I believe that Pinterest is where my audience is, that is where I really focus my energy.

This month, I only sent out emails at the beginning of the month, I haven’t sent any out for the last two weeks. I have felt too busy, and really just don’t know what to send to my list. So, with midterms and everything, the email list took a backseat. I ended the month with 90 subscribers on my list, an increase of 7 from last month. I’m hoping in October, I can get back into sending the emails.

This month, I’m really going to be trying to figure out where I want Creatively Lauren to go next year, when I have the time back that school has been taking up. There are a couple of different directions that I’m looking at, but we will see!

I hope you enjoyed this month’s traffic report! Are you a blogger that shares their traffic numbers? Let me know, I would love to check it out!