In the age of the internet and Yik Yak is something that I’m surprised hasn’t show up before recently {and if it has then I guess I missed it}. Yik Yak is an anonymous {yes actually anonymous} social media {?} app that allows you to post anonymously if you are over 18. You download the app and that’s it. 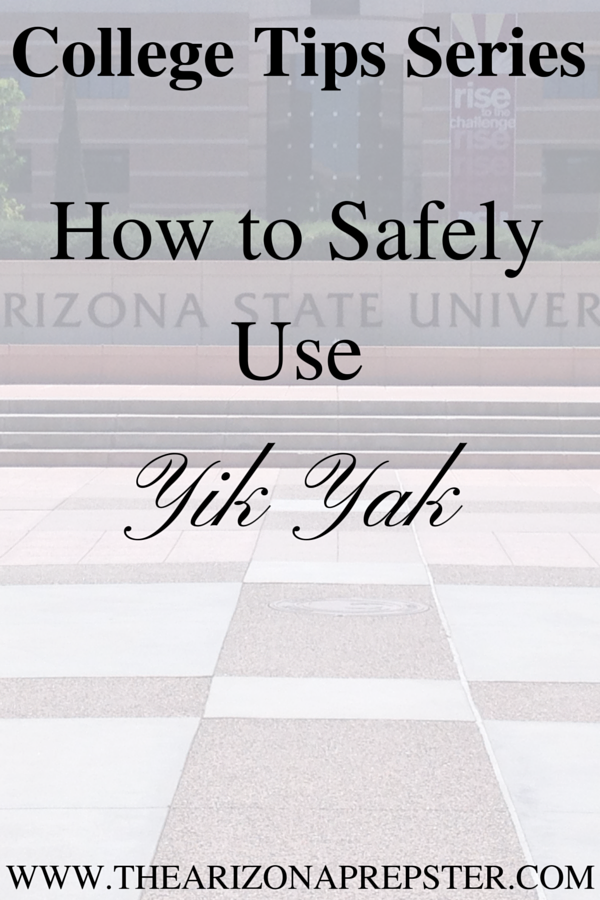 Now the only way {that I know of} that Yik Yak knows you are over 18 is by your location. It uses the location of your device and if you are not near an elementary, a middle, or a high school then you can use the app. Every time you yak or vote on a yak then you get yakarma. It’s really simple.
In the age of cyberbullying, Yik Yak can seem like one of the worst ideas ever. It actually isn’t. Are there mean people on Yik Yak? Yes, but there are mean people everywhere on the internet. The Yik Yak team tries to take down yaks that are offensive and rude and if a yak gets five down votes it is deleted. Most people on Yik Yak are just college students posting harmless yaks. However, there are those people who will be completely rude and mean just because they are anonymous so sometimes it does require thick skin. Yik Yak does let you report these yaks and they really do try to make it a friendly environment.

I suggest looking past those few people that try to ruin everything for everyone because if you look at Yik Yak and what they’re trying to do, they’re really just trying to bring college kids together in a fun and easy way! They have a college tour and you can get free goodies for your yakarma!

I personally enjoy Yik Yak and seeing what other students are saying on campus! Spread the word and grow the herd!

Have you heard of our new E-book for college students, How to Blossom in College? Expand out of your comfort zone and get the most out of your college experience with HTBIC. Sign up for it here!