Home › Lifestyle › Friday Favorites
*This post may contain affiliate links, which means I may receive a small commission, at no cost to you, if you make a purchase through a link! As an Amazon Associate, I earn from qualifying purchases.*
Share
Tweet
Pin
Share
Buffer
Email
0 Shares 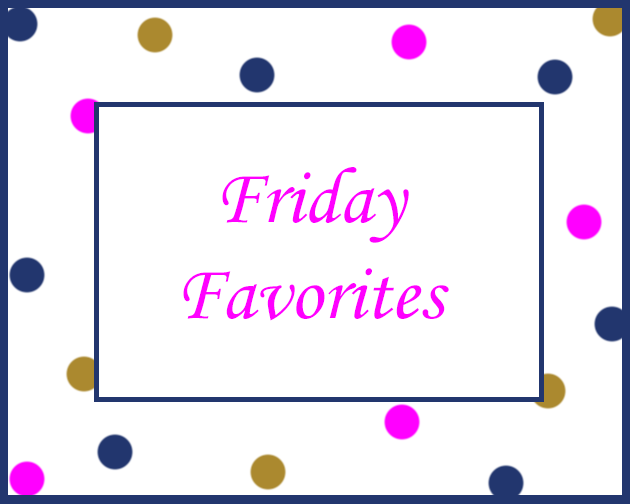 My last week of winter break is over {sad day}. Also, Matt and I have been together for one year and 10 months! I can’t believe it’s almost been two years already! So here is the first “Friday Favorites” of 2015!

One Restaurants: When Gary came to town for a few days on New Years, we went to three different restaurants {I love dining in Phoenix}. We went to Bobby Q’s {Thursday}, Chelsea’s Kitchen {Friday}, and Z’Tejas {Friday}. {You can read more about Gary’s trip here} Those are three of the many favorite places that Matt and I have in Phoenix {it was hard to pick Friday’s dining spots}.

Two Target: On Wednesday Matt and I went into Target to find a backpack for him to take to work and instead I walked out with a cute blazer that was on clearance {it was $19.09 total!}. There were some other cute clothes {there always is!} but the blazer is what I really wanted! I love walking through Target’s clothing and shoe sections and seeing what they have! {They’re having a boot sale if you’re interested!}

Three Scrabble: Last weekend we went to Fry’s and bought a computer Scrabble and Monopoly game pack {Matt told me that he would buy it for me awhile ago}. It has kept me entertained when I get stuck on blog posts or when I just want to take a quick break. It is really nice because I don’t have to play with Matt {he’s too good at Scrabble} but the computer seems to be just as good as him. But out of the one Monopoly game I’ve played, I won!

Four Books: When I was in high school I didn’t really read much for enjoyment; mostly because I was stuck suffering reading books I didn’t enjoy. But now that I’m in college I have time {I know, shocking} to read books that catch my attention or seem interesting to me. One book I’m reading now is You Just Can’t Get Enough, Gossip Girl: The Carlyles {the second book of the Carlyle series}, It is a Gossip Girl Series written after the original Gossip Girl series {which I do want to read. It’s the book series that the TV series was based on}. There is also a spin off called The It Girl starring Jenny Hunphrey but that’s a different post for a different day. All of these series’ are written/thought of by Cecily von Zeigesar. Anyway, I’m liking the Carlyle series! I’m still on the first book. We’ll see how it goes, I really want to read the original though!

What are your favorites?

Lauren has been blogging on Creatively Lauren since 2014. Lauren enjoys helping other bloggers be comfortable and confident in themselves.