Hey there! I know it is almost the end of August so it’s pretty late for my July traffic report but I still wanted to share it with you. I still wanted to share it with you because I didn’t post as much in July but I wanted to share with you what my traffic was due of my automation which allowed me to step away when I needed to! So, every month I share my traffic stats to show what my numbers are, how I use social media to drive traffic to my blog and to share that it’s okay to have lower numbers. Many traffic reports show these big numbers and make newer bloggers feel disappointed about their numbers. Remember, it’s not always about the numbers. You can have lower numbers but a tight-knit community. Stop comparing, and do you! 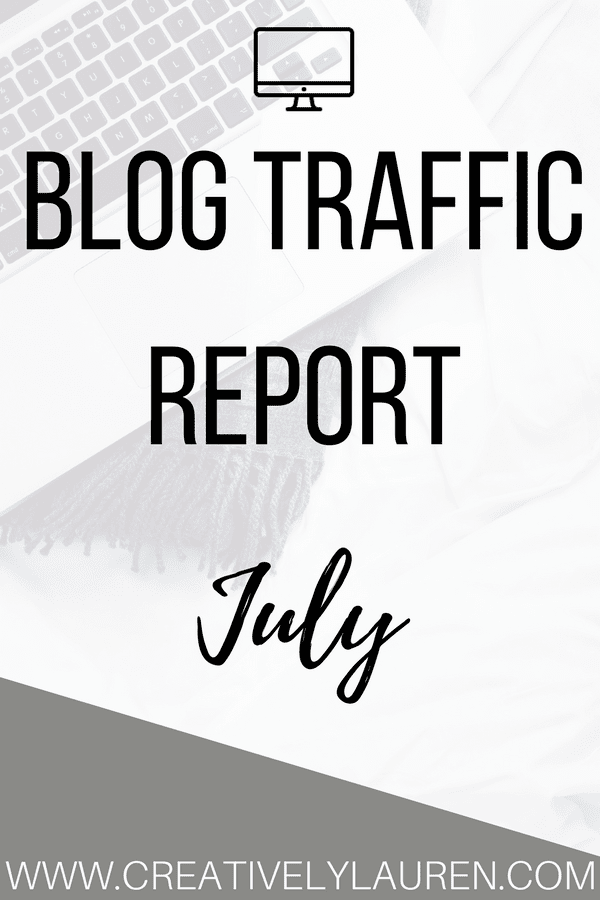 I still am using Google Calendar and IFTTT to schedule my tweets for me.

I also ended the month with an average of 67,032 monthly viewers and 4,864 average monthly engaged users.

My stats had increased steadily throughout the month until the last week and a half of July. This is when Matt and I got very busy with work and then went to Tahoe so I didn’t really post on Pinterest much or fill up my Tailwind queue. Looking back, I wish I had but I was also happy not having to really worry about it and just letting people see what I already had on my boards.

I ended the month with 255 visits and 487 total views. I also had 41 favorites, 7 were shop favorites and 34 were listing favorites. Unfortunately, I didn’t have any sales this month. However, I did open a second Etsy shop that sells the stickers that I originally opened my shop with! So, go ahead and check out Arizona Designs Co Stickers: azdesignscostickers.etsy.com!