I haven’t done a life lately post in awhile, and so much has happened. Maybe not so much, but what has happened has been pretty major! The beginning of 2016 has been crazy, but I definitely think it’s going to be a great year! Here’s what I’ve been up to lately! 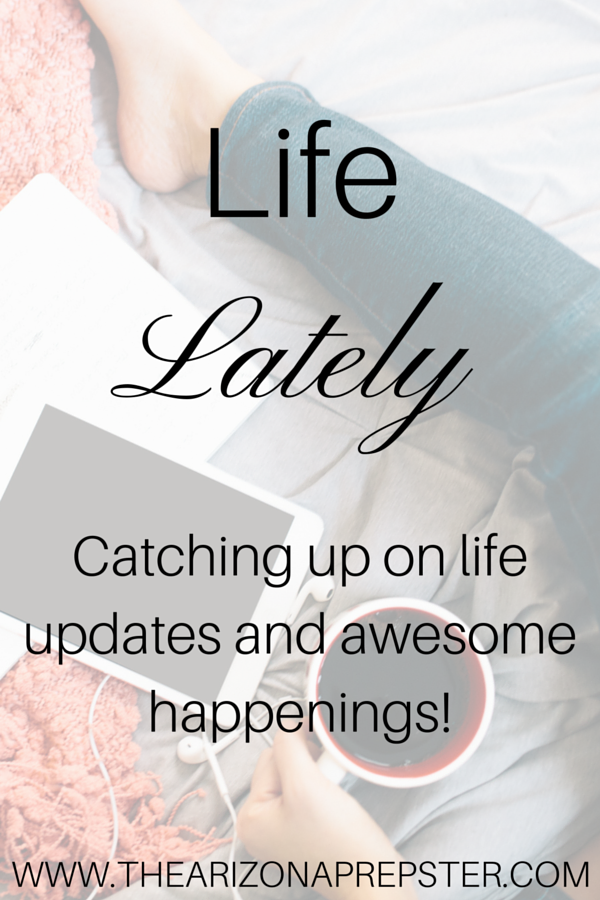 Yes! You read that right! I’m going to be graduating next semester, Fall 2016! Say what! After this semester, I’m going to have 19 credit hours left and then I will be done with my degree! I did this by literally following my major map, I honestly had no idea that I would end up being done a semester early! When I heard that, I was in shock. I had an advising appointment yesterday to make sure that with certain changes {will go into later}, I would then be ready to graduate next semester and I am! So now I have to update everything with “senior” and “ASU 2016”.

I don’t think this is anything new for me, but flex nights started, for a bit, again and gave me an insight into what this summer is going to be like. Well Friday, Matt and I were at work until 3:30am! Yes, and it was awful! I mean, it wasn’t terrible getting some free food and soda but having to stay that late was pretty awful.

I’ve taken the dive into actually attending blog webinars and it’s been pretty awesome! Last week I attended Helene’s #GetMoreWebinar and it was so awesome! I found some fabulous bloggers, we even made a Google Doc to get each other’s information! This week I have two webinars coming up and I’m so pumped!

I’ve slowly but surely playing with my little free WordPress site, looking into hosting options, searching plugins, etc. It all seems so overwhelming! I’ve been looking into hosting companies and which ones are good and which ones are bad. I’m definitely tyring to do my thorough research before I hand out my hard earned dollars to these companies! This is still a ways away though, but I’m excited!

I’ve been much happier lately, even with the late nights. I can’t wait to see what is to come in the coming months, and to share it with you!

What has been going on in your life lately? Anything new or exciting?