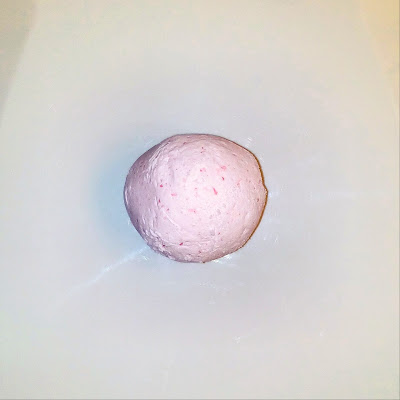 Madeline’s Market is a Etsy shop that sells bath bombs for $3.00! That is a fantastic deal! There are so many scents and shapes and she also does custom orders! I ordered a four bomb sample pack and it had a bath bomb for each season! She also gave me two freebies, a Banana Berry bath bomb and some Cotton Candy bath powder! {I’ve never used bath powder so we’ll see how that goes!

So, I used the Banana Berry bath bomb and it had a very subtle scent. It was hard for me to determine what it was by just smelling the bath bomb. {When I smelled others, they were more prevalent. It just depends on the scent}. As I was in the tub, the scent became a bit stronger, and it was very relaxing! I have only used one other bath bomb previously {from a shop in Tahoe} so I was very excited to try another! I was very pleased!

So, if you are looking for bath bombs at a very reasonable price, I highly suggest checking out Madeline’s Market! Do you like bath bombs? Have you ever heard of bath bombs before today?