I’ve been searching Netflix in my {lack of} free time trying to find some awesome series’ on Netflix {trying to stay with Netflix  produced series’ as well}. Well, this past week I saw Mikkaela of The Southwestern Prepster tweet about a show called Grace and Frankie and I just had to check it out! 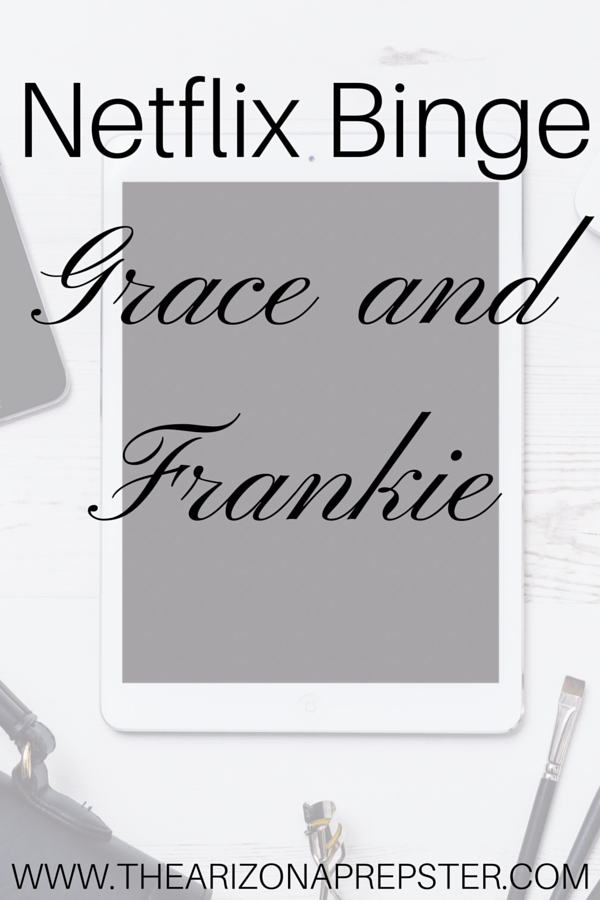 In summary, Grace and Frankie is about two women who’s husbands have left them, for each other! Yes,  you read that right, the husbands are now together. Jane Fonda plays Grace, Lily Tomlin is Frankie, Sam Waterson is Sol {pronounced Saul}, and Martin Sheen portrays Robert. It is a very funny show with quick one-liners.

I definitely suggest checking it out, however there is only one season because it debuted in May {It has been renewed for a second season though! I watched the first two episodes before I considered myself “hooked”, that’s just what I do. My thinking is, of course they’re going to try and make the pilot awesome, I have to watch past that to determine if I truly like the show.

I can’t wait for next season! What are some of your favorite shows to watch on Netflix, I’d love your recommendations!