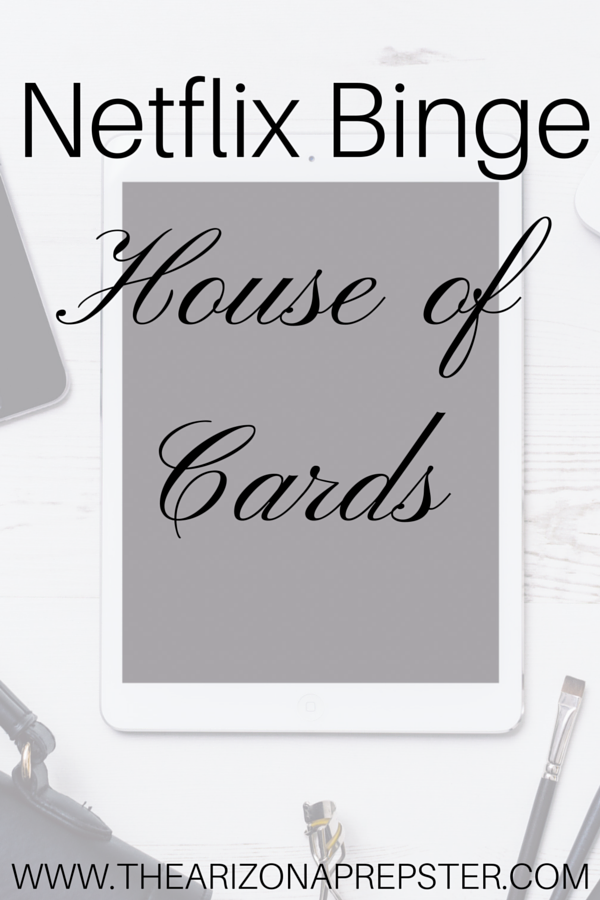 Do you ever spend the day doing nothing? Just take a day off to yourself and watch some Netflix? So do I! I wanted to start a series called “Netflix Binge” and talk about shows that {you and} I can just binge watch with zero shame.

As of right now, I’m on episode 20 {season 2, episode 7} and I love this series. Now I should warn you, it gets pretty crazy but it’s so easy to get hooked on; I look past the crazy and still love the series.

I definitely suggest checking it out, it’s very intriguing and easy to get hooked on. {Plus Kevin Spacey’s voice is oddly soothing}. So check it out!