Hey there! We’re finally getting back into our normal routine after our two-week vacation off of work. With that being said, I want to share the experience we had in St. Lucia for our honeymoon, including a lot of pictures! We had a blast in St. Lucia, especially since it was our first international trip EVER! I took a good amount of pictures, a lot from our last night which was a street party. Part of me wishes that I took more pictures, but the other part is glad that I spent so much time in the moment with Matt. 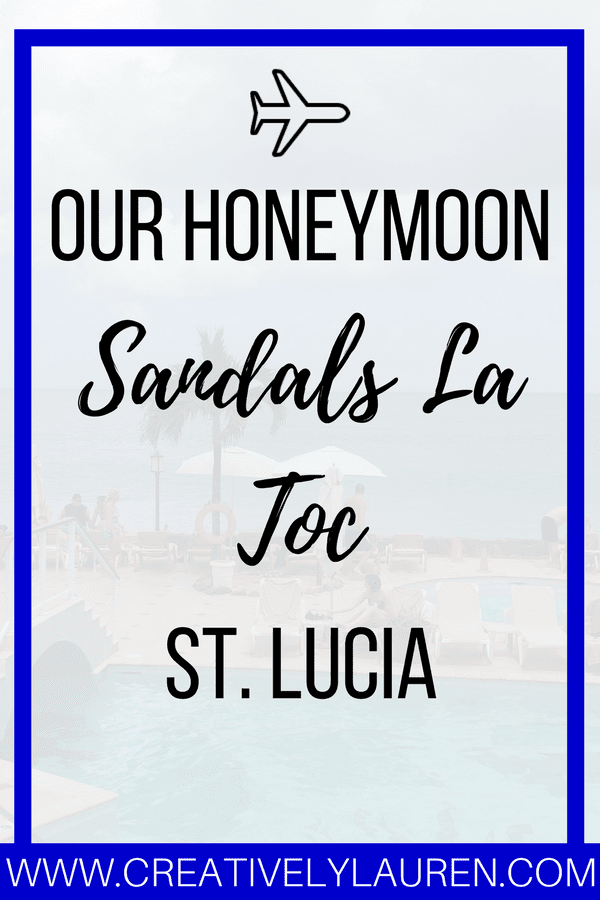 This post is not sponsored by Sandals. We paid 100% for our stay, I just really wanted to share it with you!

So, like I mentioned, we stayed at the Sandals La Toc in Castries, St. Lucia. Sandals is a Caribbean all-inclusive chain of resorts made for couples, and I could definitely tell. This was also our first international trip ever! We had a cute little hideaway room that had a pool out on the balcony! That was one of the best parts (even though the water was cold most of the time). The weather was beautiful, it was humid but it actually felt nice. Apparently, we picked a good week to go. We were told that it was raining the week before, so I was happy about that.

We left Phoenix at midnight Tuesday morning with a redeye flight to Miami. We landed in Miami at about 7:15am and got on our connecting flight to St. Lucia at 11am. We landed in St. Lucia at about
2:30pm. The drive to the resort was about an hour, which was a beautiful drive. We got checked in and unpacked our stuff. For dinner, we ate an Italian place that was on the property. It was really good. This is when we learned that there were a lot of feral cats on the property. There was one, that I named Daniel, that kept jumping on my lap because he wanted my food. 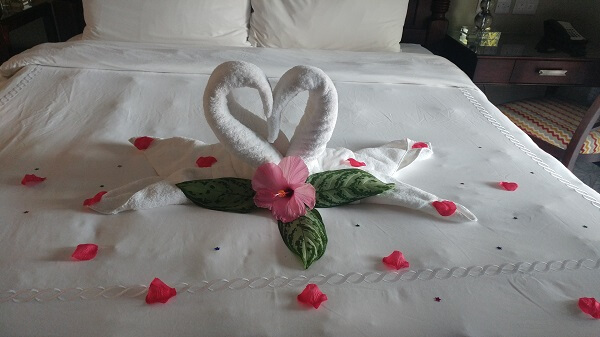 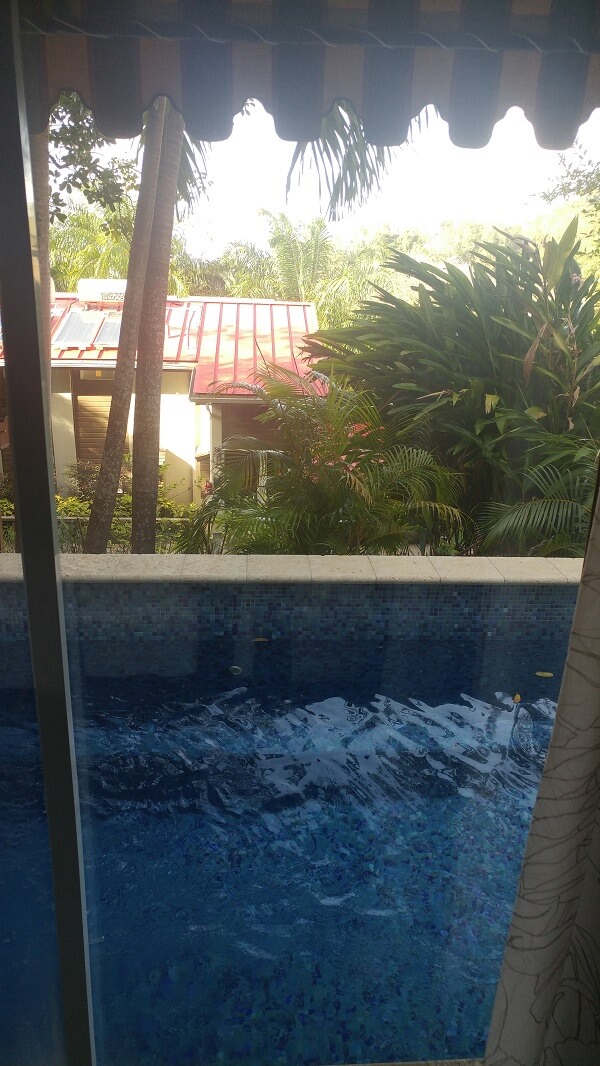 Wednesday was our first full day in St. Lucia. We slept in a little bit and skipped breakfast. For lunch, we ate a restaurant called Neptune’s which was right on the beach. I had a fire-grilled hamburger which was so good. I know, not so adventurous in the food department, but I promise I did try some really good food! After lunch, we played some tennis, which the sand covered grass destroyed the treads on my shoes. However, I definitely think that the wind beat us both when it came to the tennis match. For dinner, we ate at a restaurant called Pitons which was incredible! It’s so good that you have to be there right when it opens at 6:30pm to not have to wait for forever. For an appetizer, we had a good salad that had a papaya dressing and I tried it. For the entree, I had a chicken dish and it was really good. I was very proud of myself for trying some new foods. After dinner, we got virgin Pina Coladas which were really good. 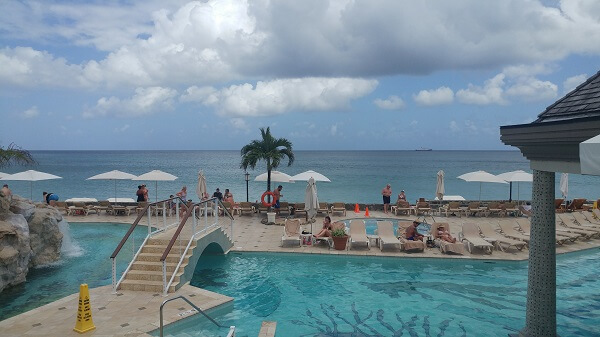 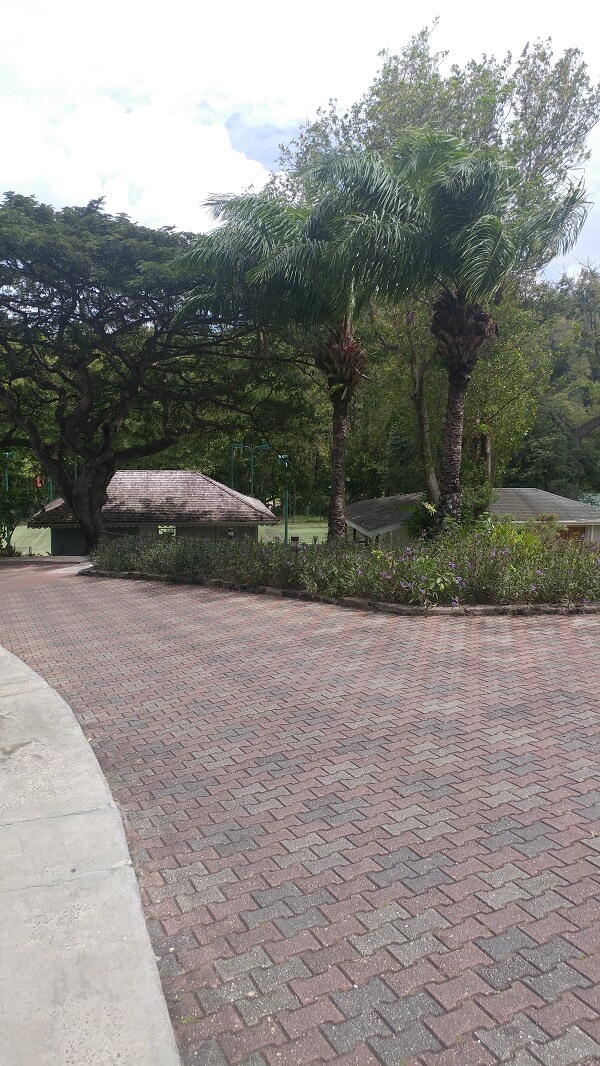 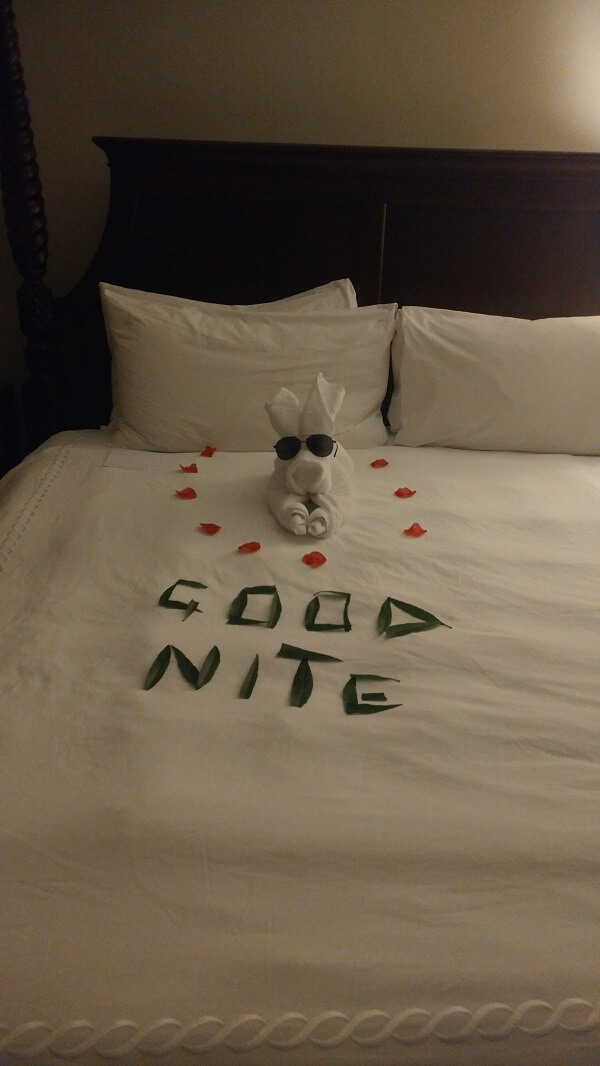 Thursday was a good day. We went to the Pavillion for breakfast and lunch. Lunch was Asian and some Mexican food, it was really good. We spent the day in the room just relaxing. Right before dinner, instead of playing tennis (because the courts were closed) we played shuffleboard. I had never played shuffleboard and it was really fun. For dinner, we went a French restaurant named La Toc. The food was really good, however, the service was something that was left to be desired. We basically were forgotten about for an hour. What I believed happened was that they tried to bring our food to the table behind us and when they brought it back they just tossed it instead of seeing who it really belonged to. Then, since it looked like our ticket was out, they didn’t bring us our food. It was a little frustrating. 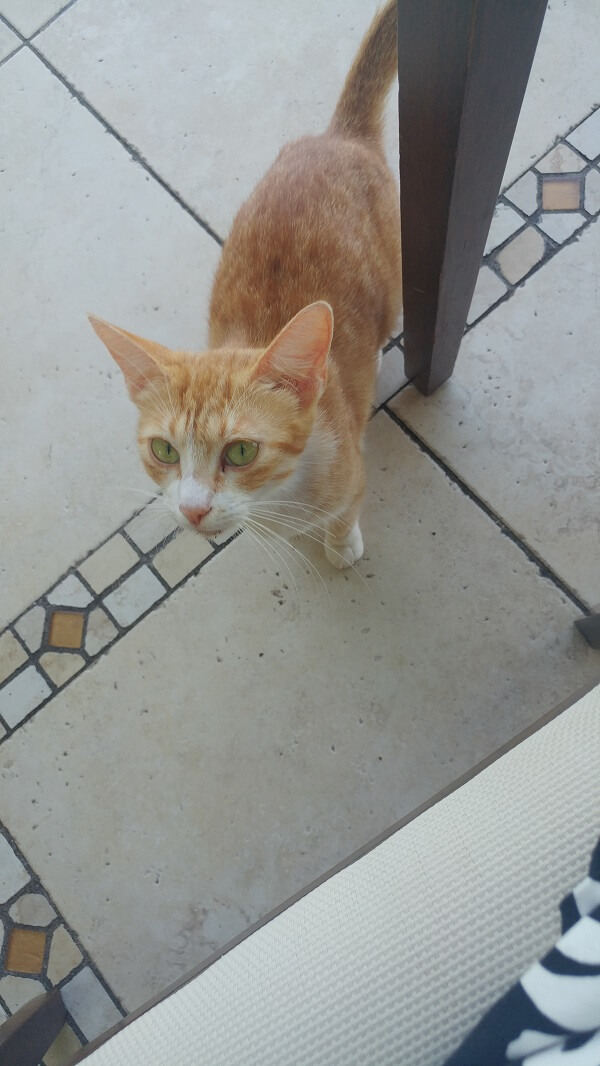 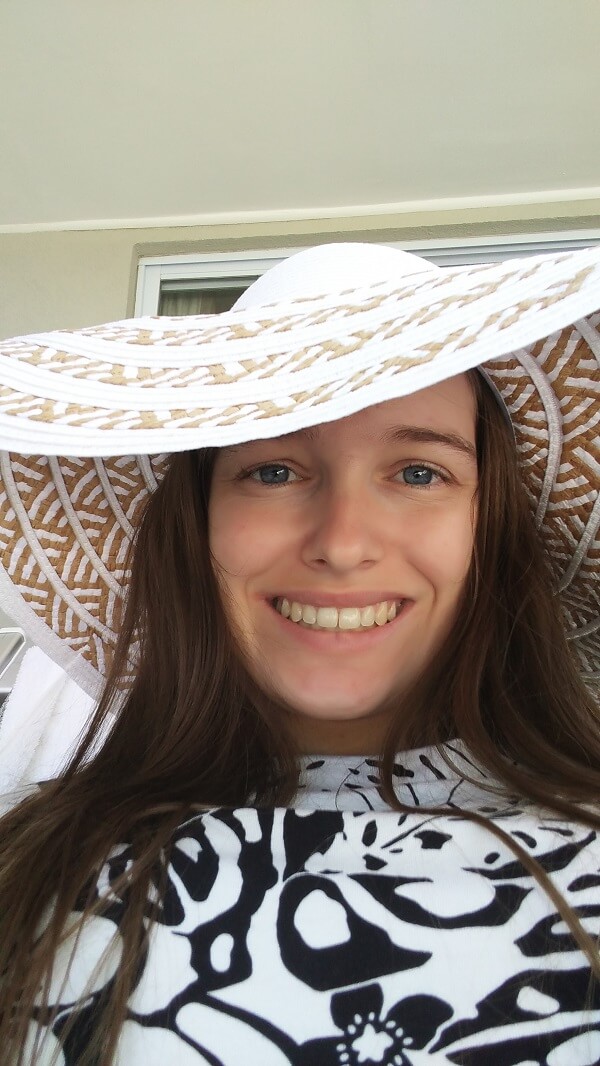 Friday was the last full day that we spent in St. Lucia. It was definitely bittersweet. We went to Pavillions for breakfast. After breakfast, we played some tennis. We went to Pavillions again for lunch and I got pizza. After lunch, we spent time on the balcony and used the room’s pool. For dinner, we went to the weekly street party. It was a little rough to start, the music was really loud, but when the entertainment came about it became really fun. We met a nice couple who had also just gotten married, and one of them works for Delta! I thought it was really funny that we met another airline employee in St. Lucia! The food was so good and for entertainment, there was a band, stilt-walkers, and fire dancers. 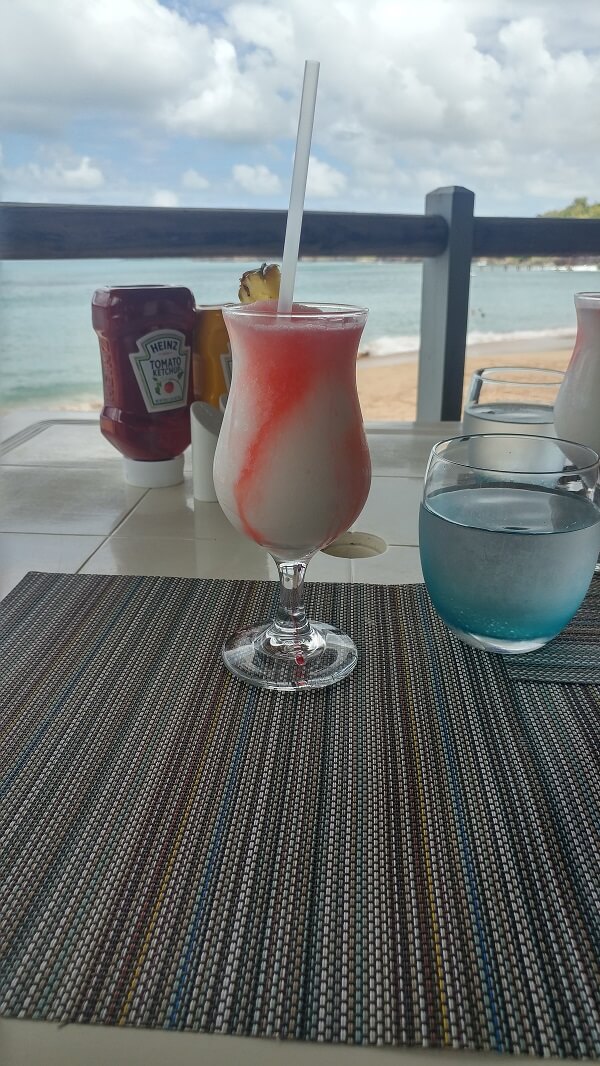 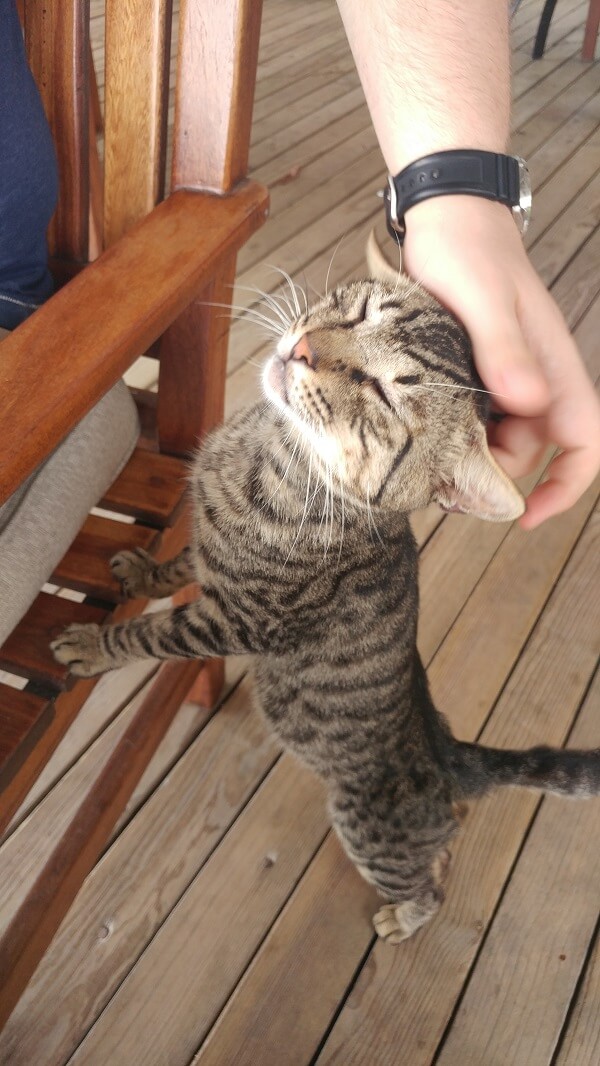 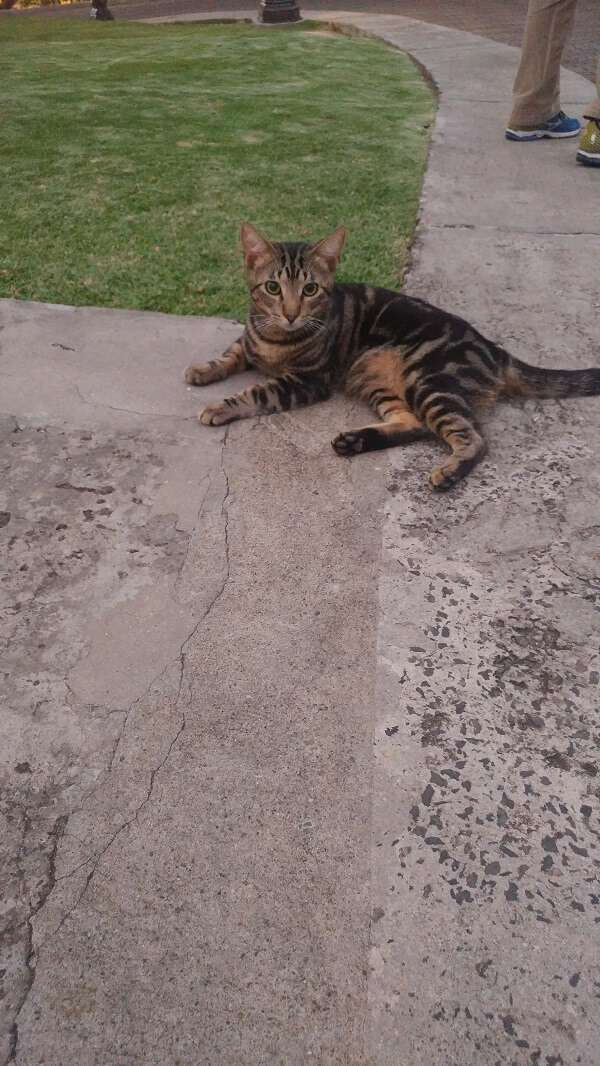 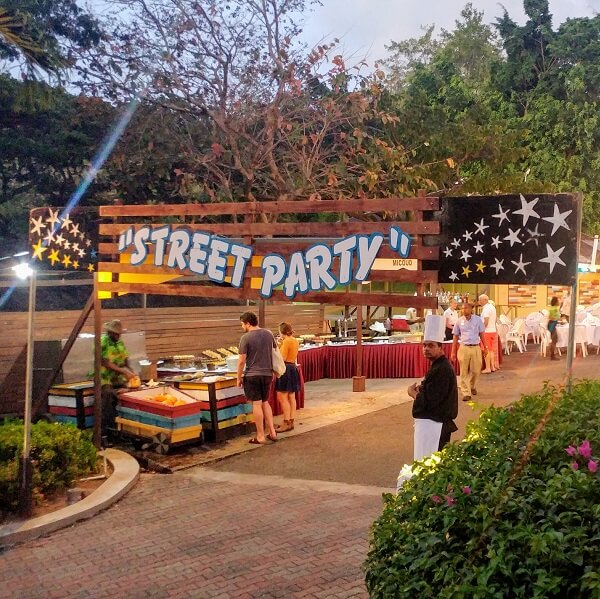 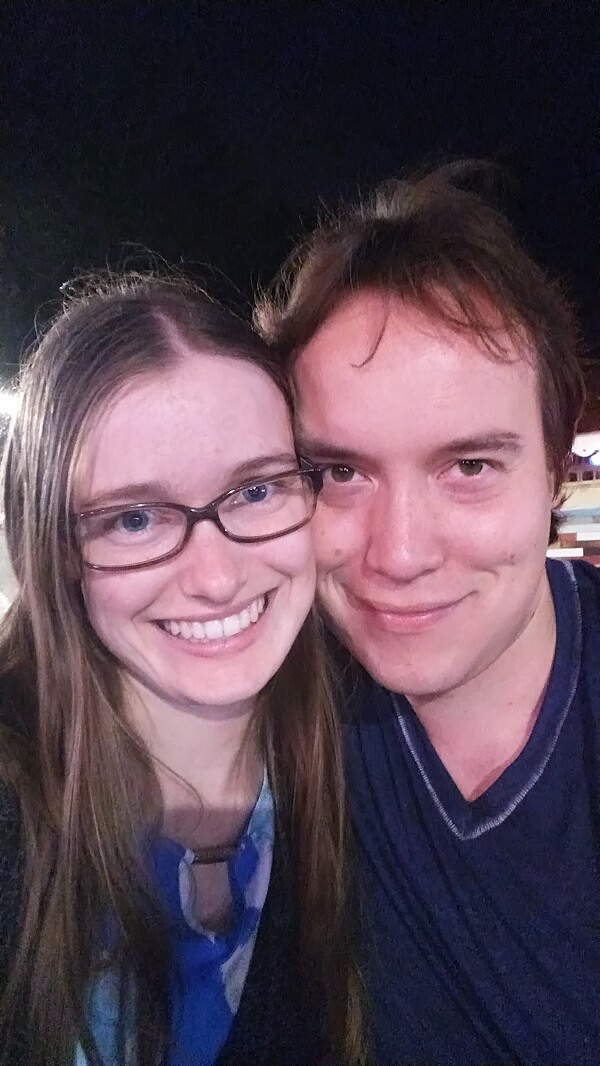 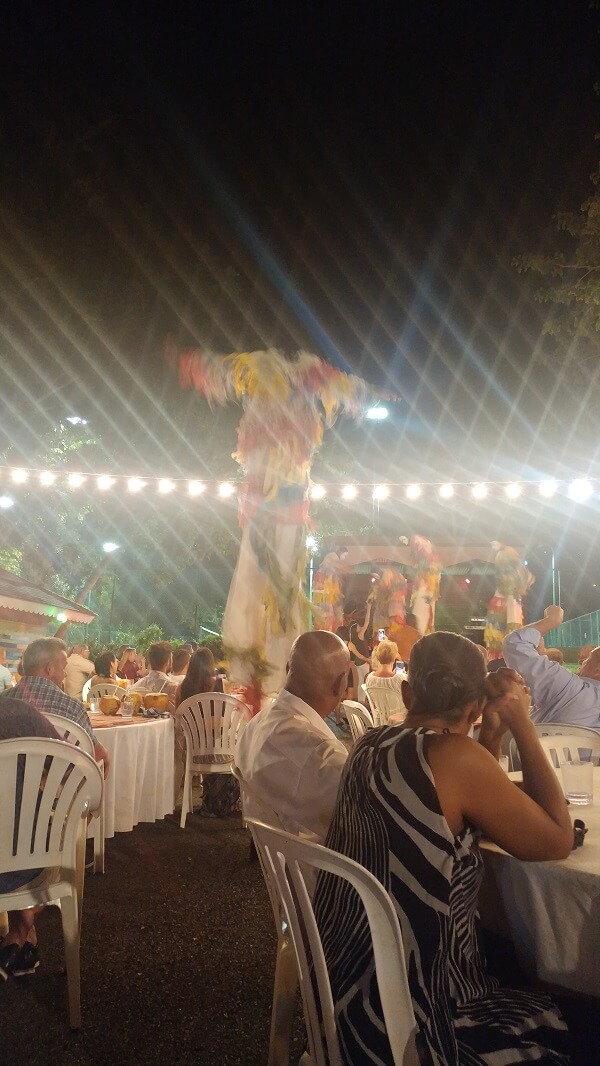 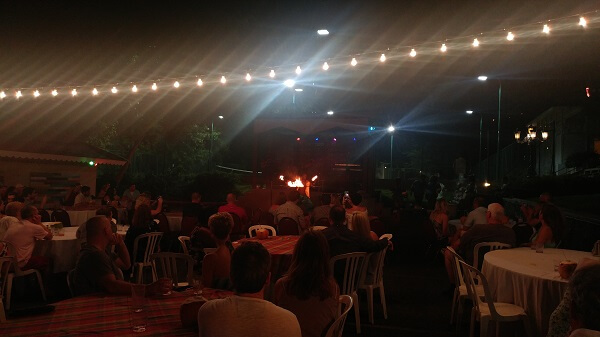 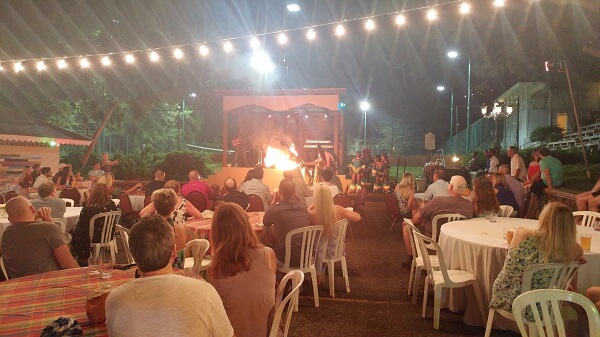 Saturday was the day that we left, it was definitely bittersweet. We did not want to leave, at all. We ate at the Pavillion for breakfast and then went back to the room to pack up. We left Sandals at 11:30am and got to the airport three hours prior, which they suggested, and was definitely necessary. The line to get through to security was insane. There were no stanchions directing the line but it worked itself out. We left St. Lucia at 3:45pm and got into Miami at about 7:15pm. We breezed through customs, thanks to Mobile Passport, and got to our connecting gate. Our flight left for Phoenix at 9:30pm and got into Phoenix at 11:45pm. We got back to the house around 1am and felt like it took another hour for us to be able to just get to bed. 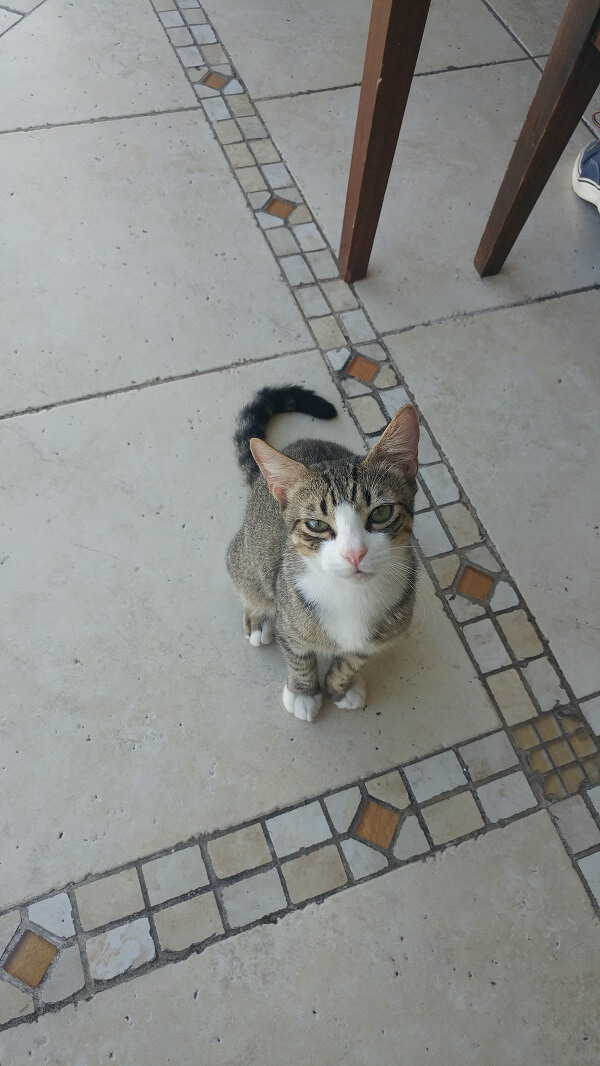 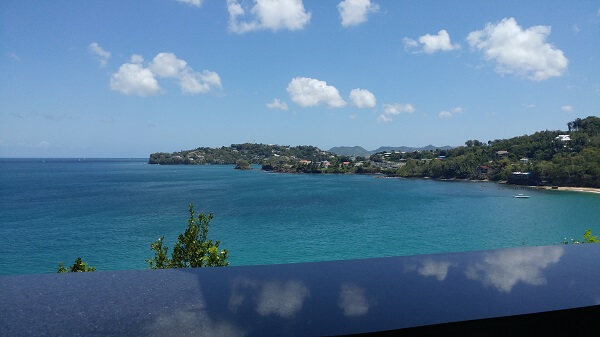 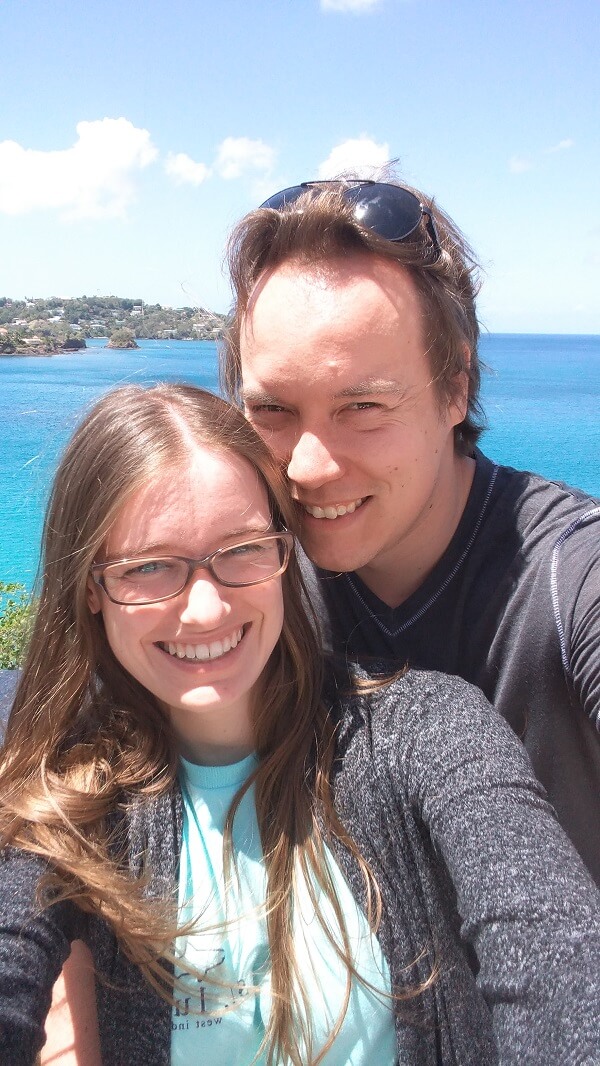 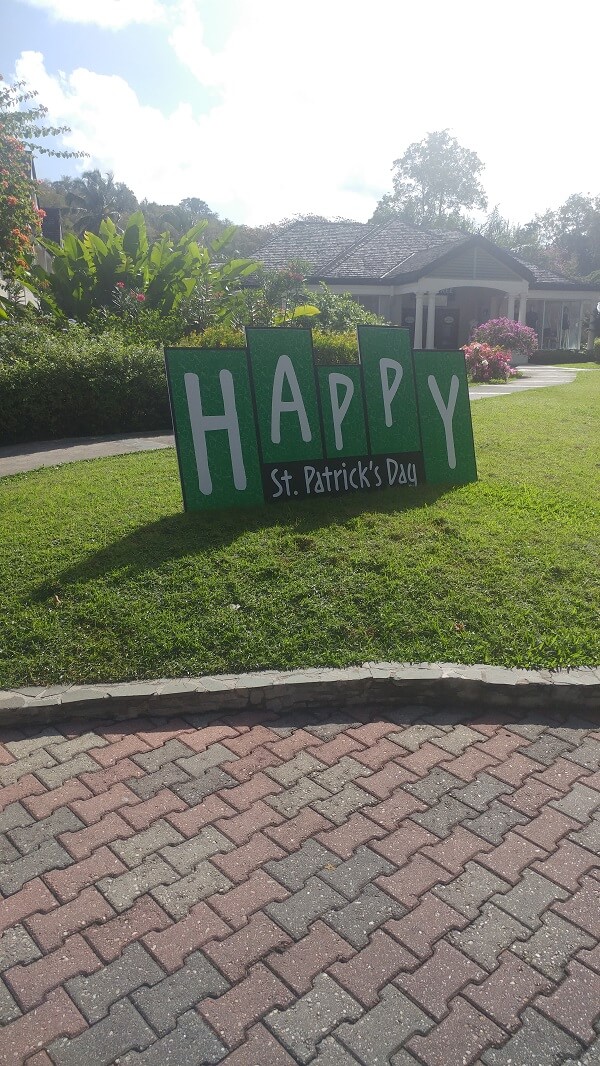 St. Lucia was absolutely amazing. There are so many more pictures but these are my favorite. Like I said, we did not want to leave. We really had the time of our lives. I know I came back feeling recharged, but not wanting to go back to work. We also talked about maybe going to another Sandals resort, like in Antigua. I highly recommend going to a Sandals resort at least once. All-inclusive is really awesome.

It was so nice to have two weeks off and spend quality time together. Once I get our wedding pictures, I definitely will share them on the blog! What was your favorite vacation? Let me know in the comments!