Hey there! It’s been one month since Matt and I tied the knot, and I finally have pictures to share with you! I cannot believe that it has already been a month since the wedding. Time is just moving so fast. Everyone says that the day goes by really fast, and it did! Once the ceremony began it seemed like everything flew by. I’m so glad to have so many pictures to remember that day. 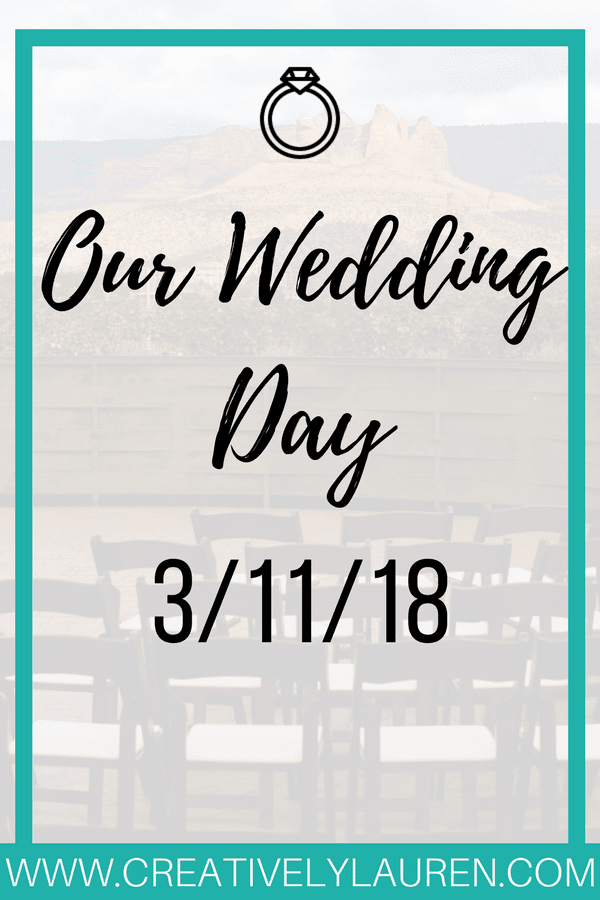 So there isn’t going to be any particular order to these pictures. I just want to share with you some of my favorite pictures! I say some because there are so many pictures and I really love them all!

This is where we were supposed to have the ceremony. However, while we were taking our formals, it was starting to drizzle and they said a pocket of rain was coming. So, unfortunately, we had to move our ceremony to the covered terrace, but it still had amazing views of the rocks. It didn’t rain during the ceremony, but it was too late to move everything back to the outside terrace. 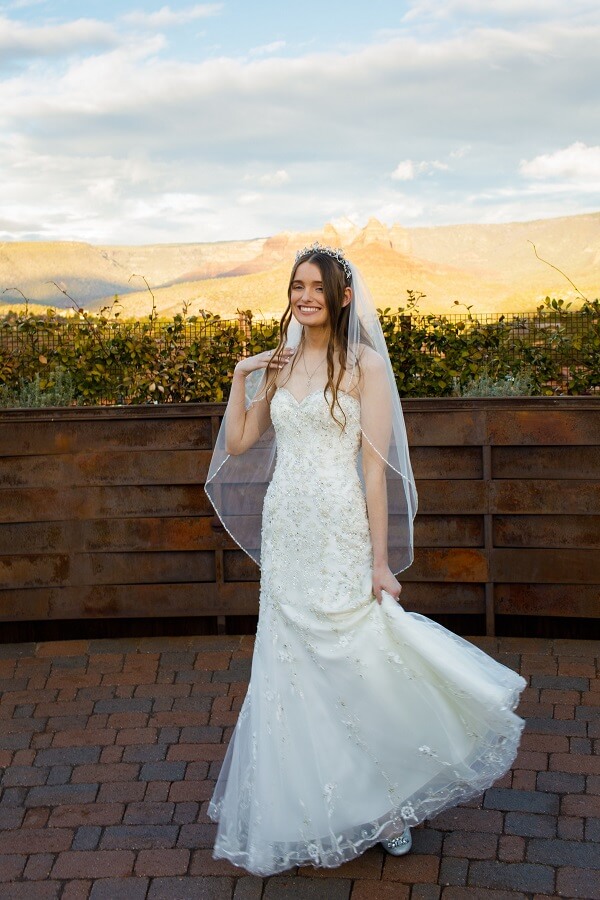 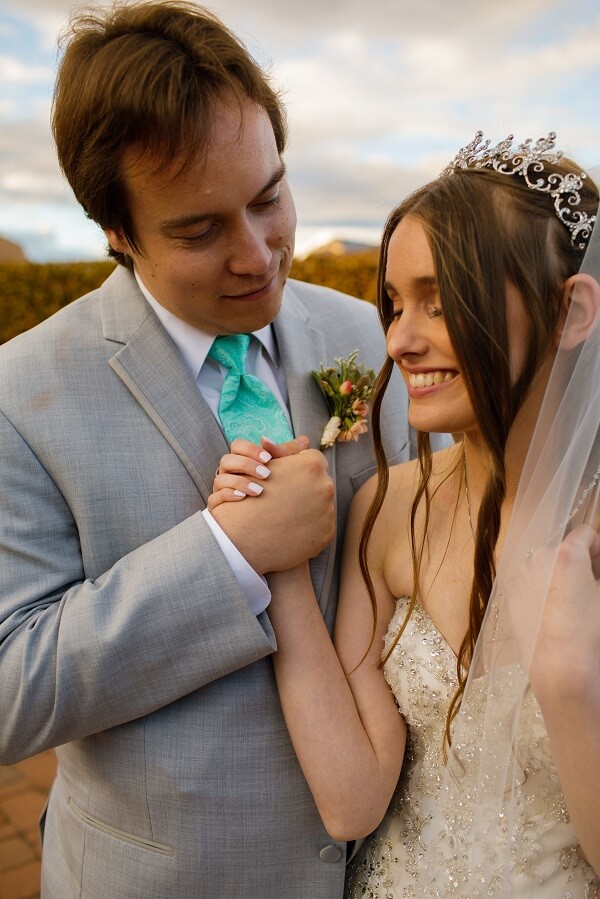 This is one of our pictures from the formals we took. I was very cold, there was a breeze because of the storm that was around the area.

Here is our complete bridal party! We all had such a good time together, it was so much fun! The photographer said to do a serious face, but it looks like I’m mad. I wasn’t mad, I was just trying to be “vogue” as she called it.

If you know me, you know that I am a big cry baby. I knew that during the first look, I would cry and I did tear up.

Like I mentioned, we had to have our ceremony on the covered terrace because of anticipated rain. I still enjoyed the ceremony, except for the very cold breeze blowing through which is why my veil covers my shoulders. I was very cold.

I love my rings! Matt picked out the engagement ring all by himself. No guidance or anything and I didn’t even know he had already gotten it when he proposed. I got to pick out the band and I wanted something simple, but with sapphires as well. I thought this band fit perfectly, it has a slight curve which wraps around the engagement ring perfectly. Matt picked out a very durable band since we work at an airport. I love the criss-cross pattern across his.

The grand entrance was fun! It was weird hearing them use the last name Albright for me (it still is weird). It was also weird having everyone look at me, you know because it was my day.

We had our first dance to “I Won’t Let Go” by Rascal Flatts. That is “our song”. Matt actually told a white lie right before this. He told me that after the grand entrance was going to be dinner and then the first dance. Well, the first dance actually came first! I tried to walk to the table and he was like “no”. He did it so that I wouldn’t be nervous or overthink it, which I do appreciate because as most people know, I don’t really like all of the attention to be on me and I’ll chicken out if given the chance.

Everyone from work was having such a good time, especially Johanna. Since I invited my family from New York, and she is from New York, she had a blast.

I was so glad that they were able to come. They all mean a lot to me and I’m so lucky to work with them.

We got to do the Cha Cha Slide (if you don’t know what that is, well, I feel sorry for you). It was so much fun! Towards the end, my Uncle Bob came in and Gary was talking him through the dance and it was great.

Our cake was so beautiful, I didn’t even want to cut it!

We did our father/daughter dance to the song “Hallelujah” by Pentatonix, and we sang along. So now some of my work friends know that I can sing. That song got me through a lot of hard times when it came to my dad the year prior so I wanted to use that song.

Since my guest list was relatively small, I invited single and married ladies to partake in the toss! One of my friends, Danielle, caught the bouquet!

Like I said, there are so many pictures that I love and I wish I could share them all, but this post would be way too long! These are some of my favorite from each part of the day. I hope you enjoyed them!