Wow already four months through 2015; this year is already flying by! 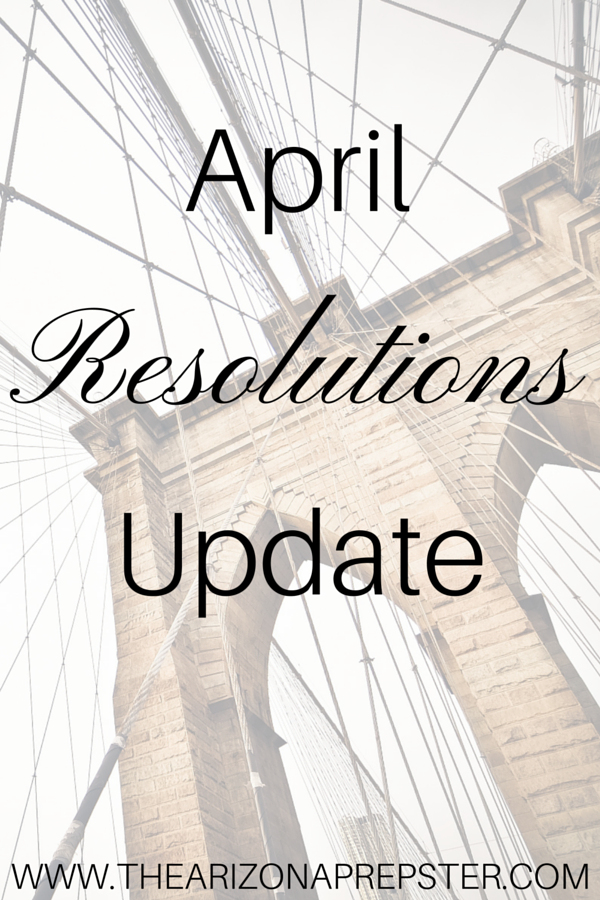 One  Spring 2015 Dean’s List: Well, my classes end today and I have a two finals/projects due next week. From what I have been able to track on my study app, I have been doing pretty well so I think I will be able to get on the Dean’s List again!

Two  Clean and Organize: I feel like I’ve been slipping still with this one but it actually isn’t that bad. I’ve been keeping up with it when it becomes “bad” so it’s usually just every weekend I do some cleaning instead of every day.

Four Get Healthy: Last month I said that I was beginning to drink more Pepsi again {two cans}; well that has somewhat decreased. Some days I drink one, some days I drink two. However I always try to drink at least a bottle of water. This month we rarely went to get fast food, so I’ve been doing pretty well with that!

Five  Be Happy: This past month {especially the past two weeks} was not the best for me. I’ve been very stressed out with the final month of school but now with it coming to a close, next month should be much better.

How are your resolutions going? Let me know!

Happy Friday everyone! I only have three more Friday’s left! The official last day of class is May 1! Alright,…

Happy Monday! Today I’m back at school to finish the second half of the semester. I only have my night…

We are officially halfway through 2015! That is so exciting! One  Spring 2015 Dean’s List: As you know from last month’s…

Happy Friday! This week actually felt a little longer than two days, which was nice! Matt started his new schedule… Hey there! Valentine’s Day is coming up and that means it’s time to find a date idea! If you have…