Hey there! Today, I wanted to share with you the trip to Portland, Oregon that Matt and I took at the end of January! Although Matt and I have flown to Portland Airport once before, we didn’t leave the airport. This time, we went into the city and stayed the night in Portland! 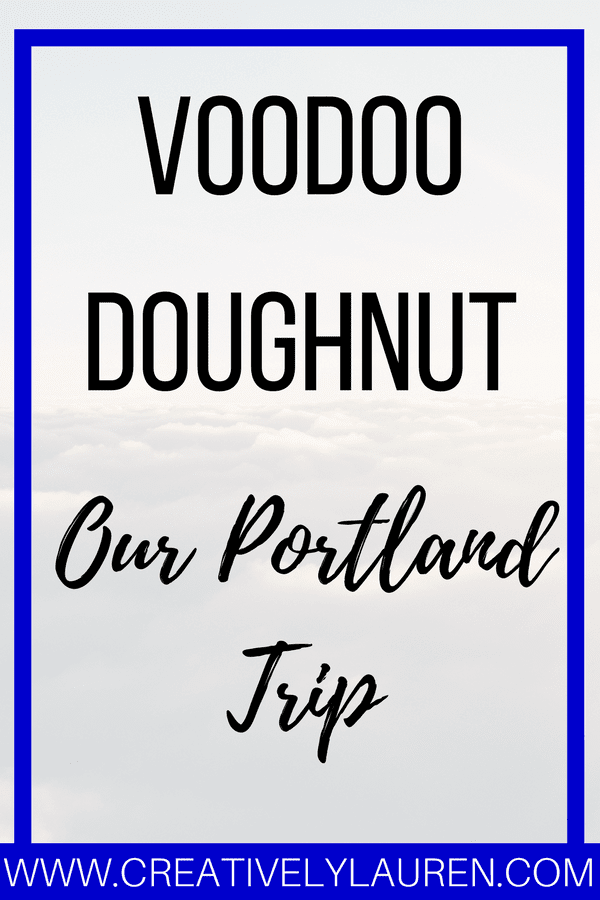 So, let’s start from the beginning. We took the 9pm flight to Portland, from Phoenix. We took that flight because Matt had a meeting, and I was covering at work, so we had to take the last flight out, which was fine. We got first class on the way there and I enjoyed it very much! 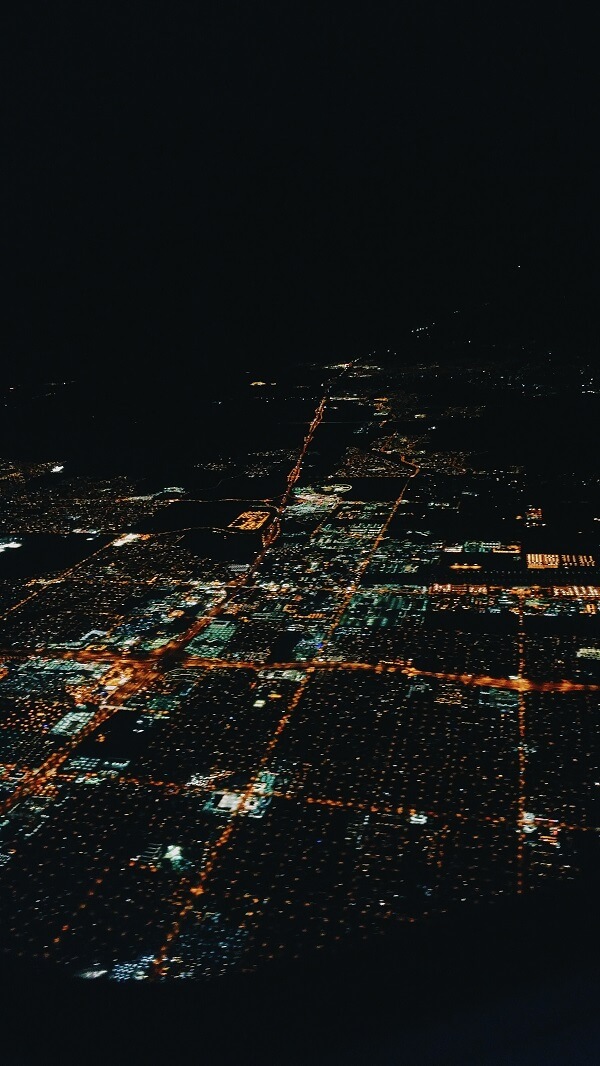 Although we usually fly out first thing in the morning when we travel, I do love the occasional night flight. I love looking out the window and looking at the city lights down below. Absolutely marvelous.

The next morning, we took the train into downtown to find VooDoo. 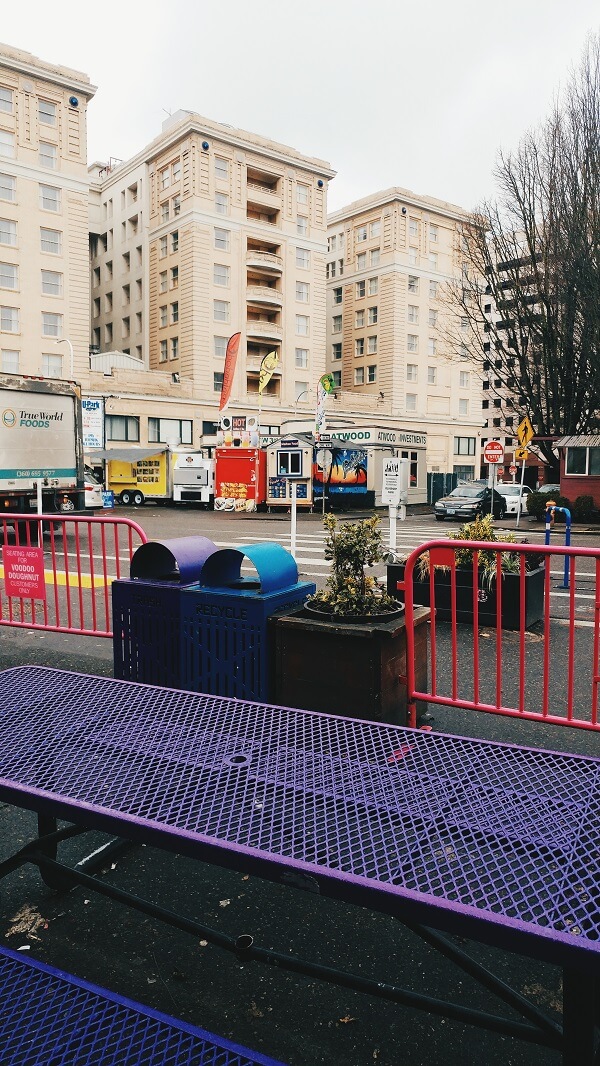 I definitely love the “old town” feel of Portland. I’ve always been a fan of old towns, their architecture is just stunning. 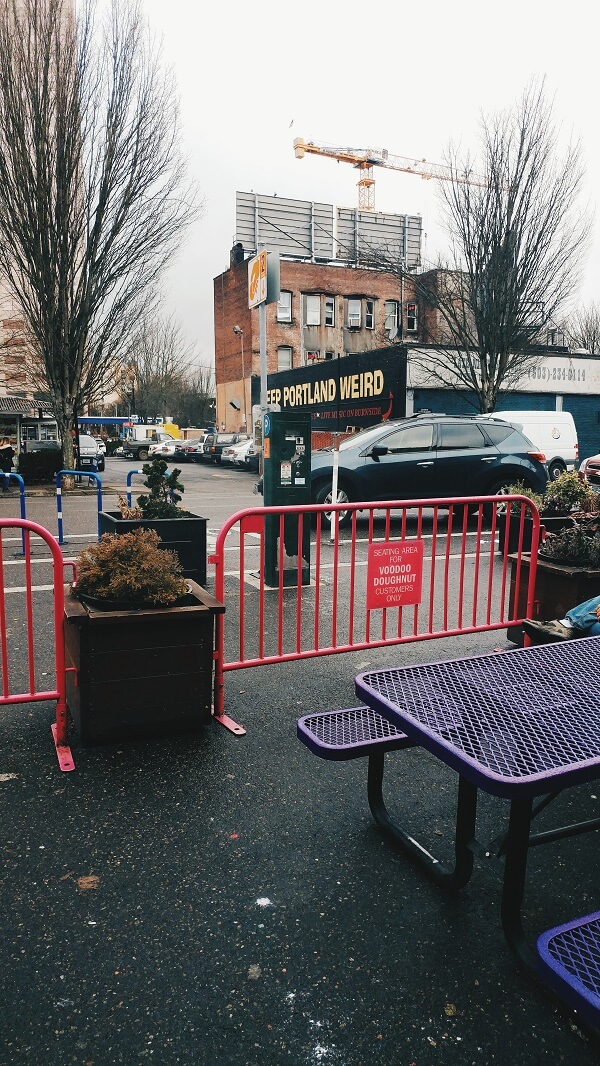 “Keep Portland Weird”, I don’t think they’ll have any problems with that. Portland is a very eccentric place, and I like it that way. Definitely somewhere to visit. 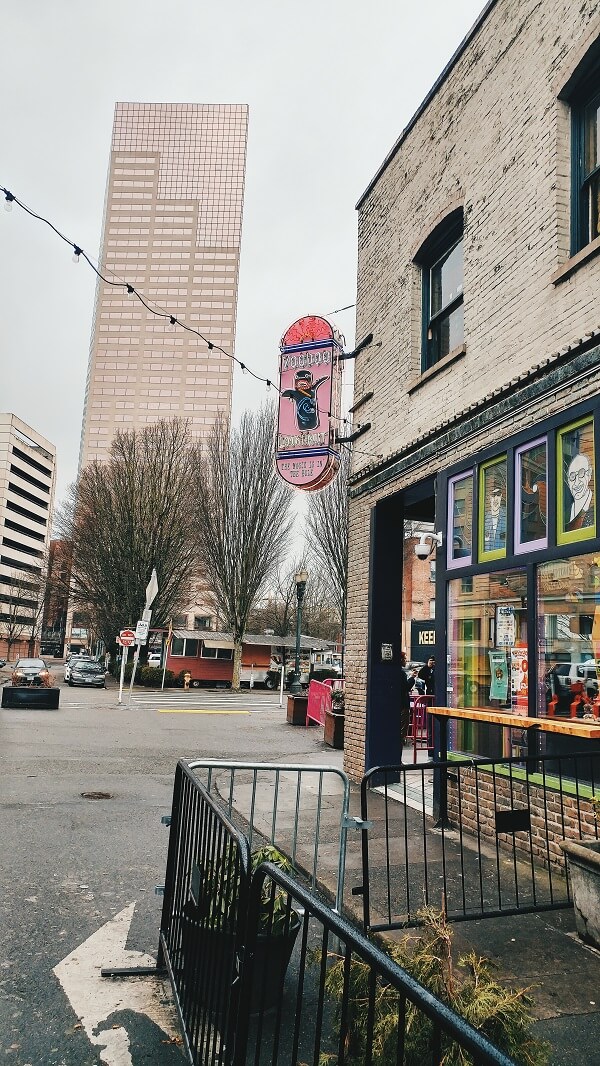 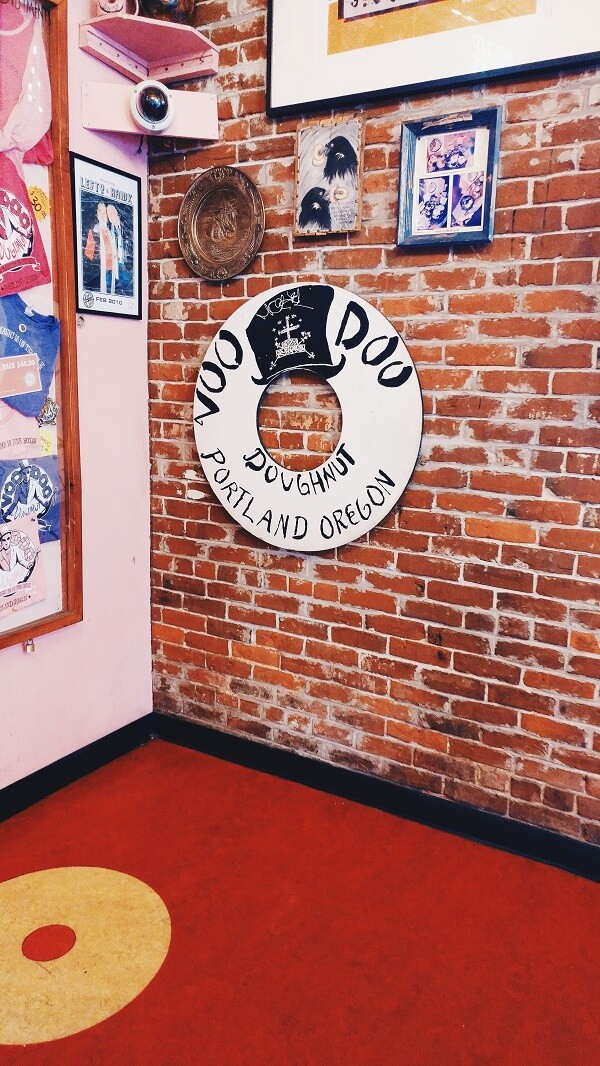 I thought this wall was so cute. It really fit in with the vibe at VooDoo. I love seeing real brick walls around, you really don’t see much of that anymore. I also didn’t realize how small the interior was going to be, although also wasn’t surprised. 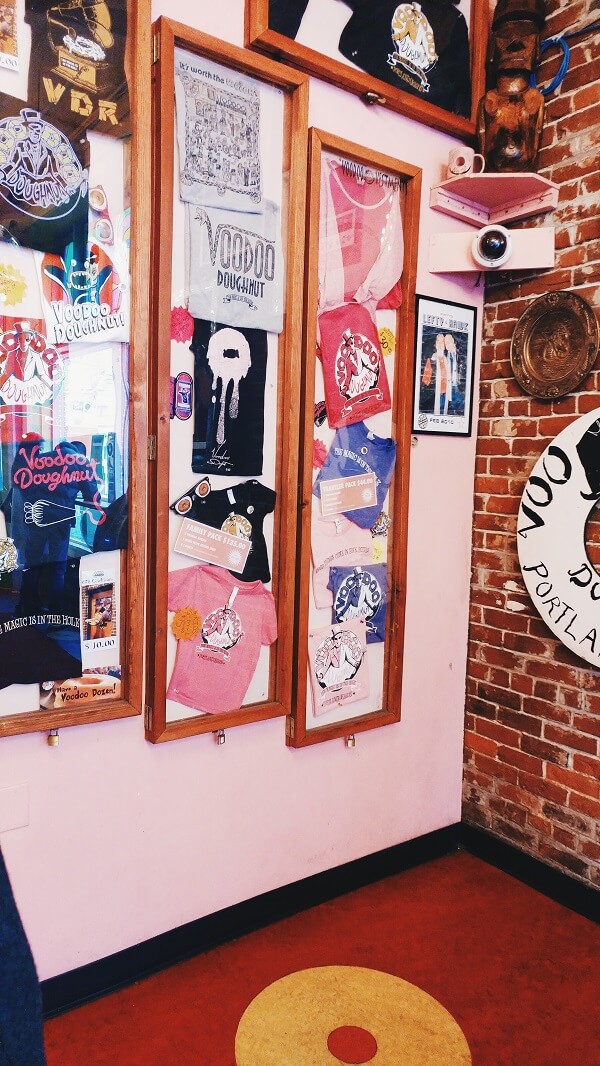 This is the merchandise that you can buy at VooDoo. I definitely thought about getting a shirt, but in the end, the doughnut was enough for me. 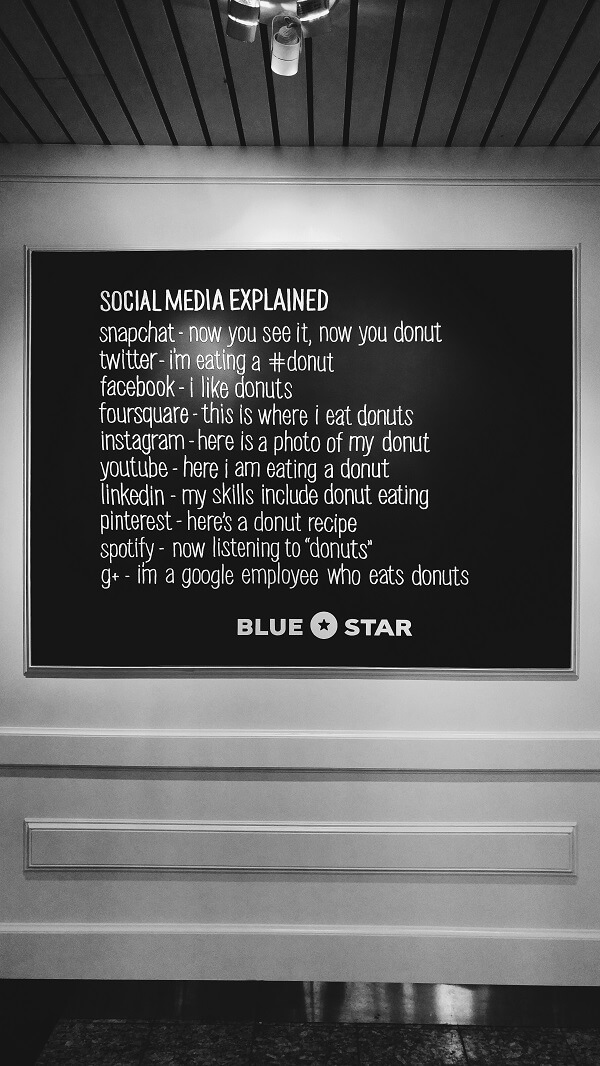 This hilarious social media sign was at Blue Star, which sells doughnuts, at the Portland Airport, pre-TSA. It was so funny I just had to take a picture of it.

Portland was so much fun. I’m glad we got to go to VooDoo and finally take a little time to getaway after the craziness of the holiday rush at work. I can’t wait to share where we go next!

Have you been to VooDoo? Let me know in the comments!